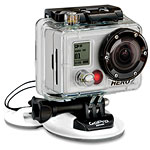 Despite the inarguably compelling dimension that helmet-cam video has added to my photography, I admit I’d begun to give up on it. I was tired of endlessly battling mount systems with my Contour 1080P cam, only to get home and discover that another two or three gigs of raw footage were useless because of color, END_OF_DOCUMENT_TOKEN_TO_BE_REPLACED ... 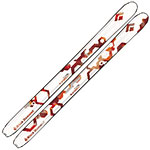 Black Diamond’s revised Justice is a highly-specialized ski. The fat-waisted eight-pound Justice is built specifically for powder-bomb touring—and not much else. New as of 2012 (the green version), the Justice returns in 2013 with orange graphics but otherwise unchanged, offering tip and tail rocker and quite a lot of area—an impressive 111 millimeters underfoot. By END_OF_DOCUMENT_TOKEN_TO_BE_REPLACED ...