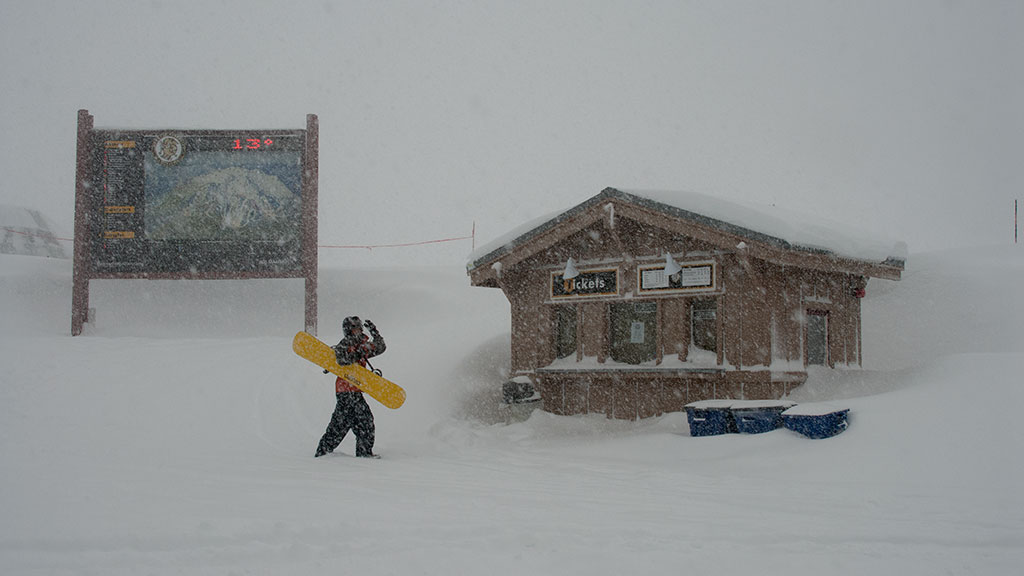 Snow, snow, and more snow. It was one of those days at Mammoth where you needed a shovel to dig yourself out. Friday the snow was coming down so hard the air could actually choke you. Saturday the snow and wind stopped for a perfect bluebird day, marred only by the massive SoCal invasion.

Okay, sure, so we're a part of that invasion—but we skied all day Friday and loved it, so we figure we deserve at least honorary local status. :)

UPDATE: I still think about this day. Even now, more than ten years later, this remains one of the most wonderfully-intense days of snowfall I've ever seen. Magical.