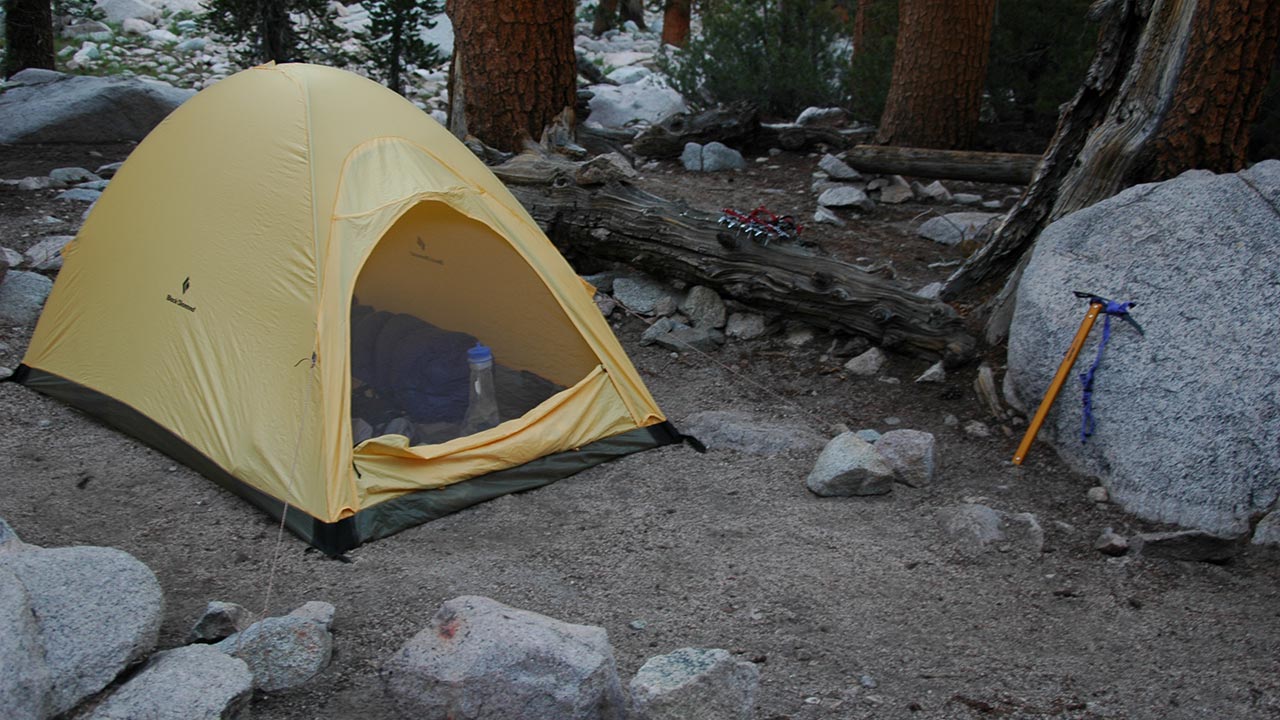 If you're familiar with Black Diamond's ultralight single-wall tents (such as the Firstlight, Hilight, or Oneshot), you're probably aware of at least some discussion involving the reliability of their Epic™ fabric. Nobody seems to know exactly how waterproof (or not) Epic actually is—which would seem to be a question of some importance if you're venturing into the backcountry with an Epic-based tent.

There are plenty of reports across the internet to further confuse the matter. Some people say Black Diamond's Epic tents are as good as waterproof. Others say the tents start leaking as soon as it starts raining. I've weathered a spot of rain here and there in my Firstlight tent, but nothing spectacular enough for me to feel confident making any definitive statements on the subject.

But I will offer some thoughts. First, seams in Epic™ tents cannot be factory-taped. They must be sealed by hand, at home, by you, adding at the very least an afternoon spent breathing interesting vapors to your already-busy schedule. If you don't seal the seams, they will likely leak at some point. Keep this in mind when reading claims that Epic tents leak as soon as the rain falls—did these owners bother sealing the seams?

And if they did seal the seams, did they do so carefully? Properly?

As a test, I rigged a new Oneshot outside my apartment during a winter storm in SoCal. I'd hoped it would rain like crazy. Instead, we got only a few hours of steady rain. But, the tent (which was not seam-sealed) didn't leak. Hmm. The Oneshot remained completely dry inside. The fabric showed no sign of becoming waterlogged—it appeared to be well-protected by the water-repellent coating on the tent's exterior.

My guess is that Epic fabric can saturate over time, becoming waterlogged, at which point the fabric will being to sweat. If you are in a well-sealed tent, this would probably take at least 24 hours or more of heavy, sustained rain. That number will probably vary depending on how new the tent is—and how effective the DWR-coating is on the exterior. High humidity levels will probably hasten the process of saturation.

So here's what we're saying: if it pours continuously for several days, your Epic tent is probably not the best place to be. But let's get real—I don't care how waterproof your tent is, if Mother Nature is going to throw her worst at you, maybe you should consider staying home that weekend.

Note also that if the weather features intermittent rain or breaks that allow the Epic fabric to dry out, seepage is not likely to be a problem at all. And in many so-called leakage incidents, it may well be that people are experiencing not actual leaking but condensation, because when Epic fabric saturates, it loses its ability to breathe. This is an inherent liability of a single-wall tent, and a legitimate reason to use traditional double-wall designs if apocalyptic rain is on the agenda.

So, for most people in most conditions, Epic tents will probably do just fine. As for those of you who live in rain forests, my advice is clear: stay indoors!

Uh, why in hell would I need to seal the seams of a tent I just purchased from the manufacturer? They can't seal their own damned tents?

No thanks. There are better tents.