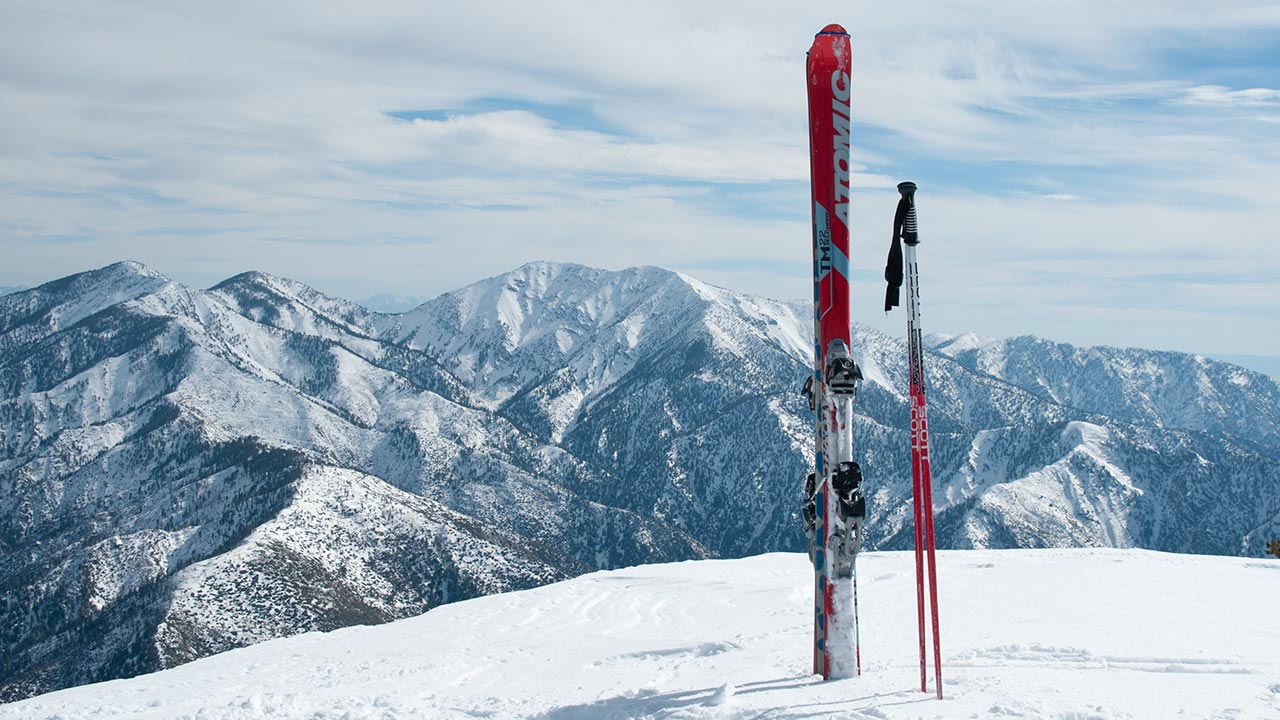 Here's a look at Mount Baldy's north face (Mt. San Antonio) as seen from the summit of Baden-Powell on Saturday. Compared to last year's bare rock, the sight of all this snow in the San Gabriels is surely cause for celebration, though in truth you're probably looking at about 2' of coverage, so let's keep hoping for a few more big storms.

I zoomed in on the north face to try to spot any natural avalanches. I didn't see anything, though I have to say Baldy's north face strikes me as one of the most likely places in the entire range where skiers or snowboarders could get into trouble.

Shady, high (10,000'), big, broad, and windswept, Baldy's north face is cold enough to build a layered snowpack instead of the usual mank-on-its-way-to-doom Southern California snow. And then, of course, there is also the ice to worry about.

Dood, cool picture! So, how much is Atomic paying you to put their skis in these photos??? ;-)