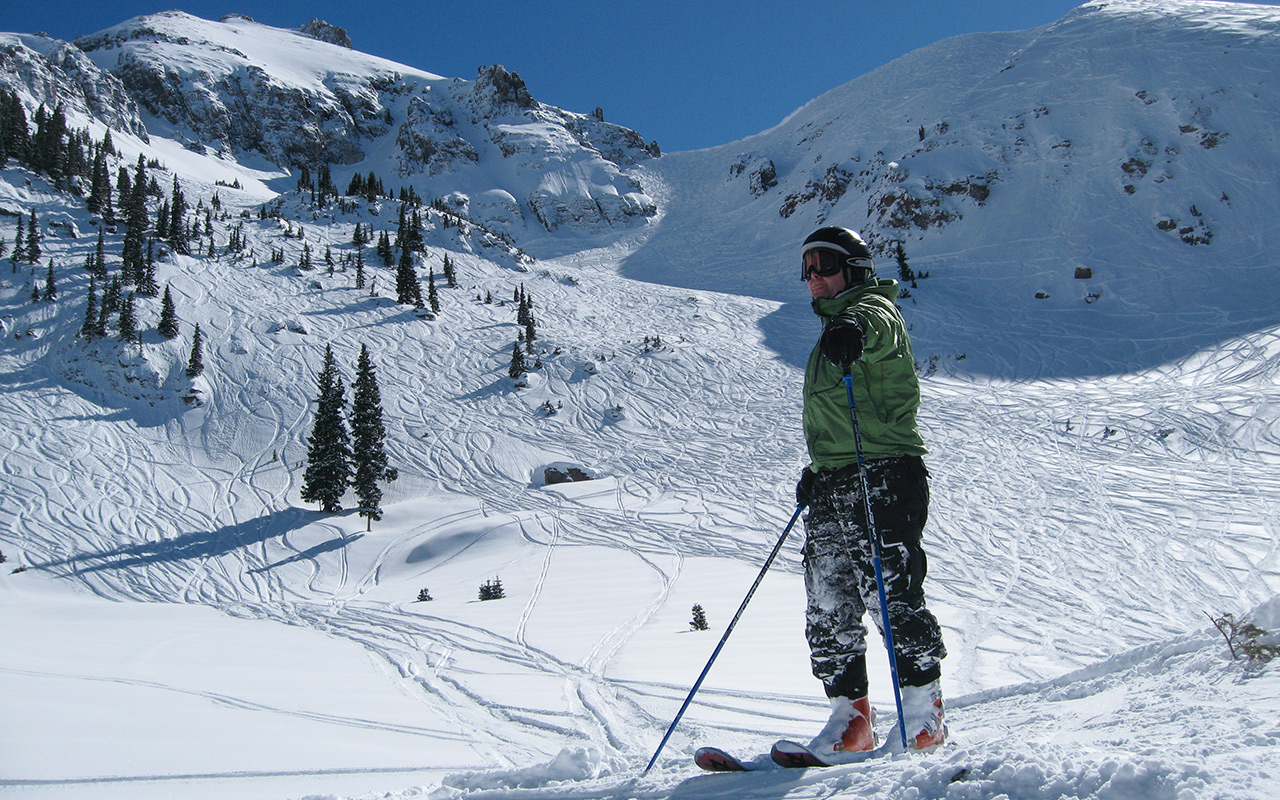 We knew a few things before we got here in Telluride. We knew they were having a near-record year for snowfall. I can verify that: today I overheard a ski patrol talking. He said he was going to have to retire—because there was no way things would ever be this good in his lifetime again.

We also knew that Telluride had opened up some new hike-to terrain in the Palmyra Peak area. Skiers have been coming to Telluride and dreaming of skiing Palmyra Peak and Black Iron Bowl below since this place first existed. That dream is now a reality, and it's unbelievable.

Telluride has elevated its game so much with this new terrain.

I don't believe I've seen any other resort in Colorado offer anything that compares to the new Black Iron Bowl skiing. Factor in skiing from the summit of Palmyra Peak, and arguably there's nothing in the country that compares. Really, to understand the kind of terrain that is now being avy controlled and opened up at Telluride, think of the Alps. It's like that, only without the jet lag.

We skied Black Iron Bowl today (we hope Palmyra Peak will open up later this week) with 2 feet of fresh snow. I just can't find the words to explain what a special experience this is for frontcountry skiers. Half an hour to an hour's hike gets you into an absolute wonderland of terrain.

God bless Telluride and their patrol staff. This redefines North American resort skiing—and I don't believe in the least that that's an overstatement.