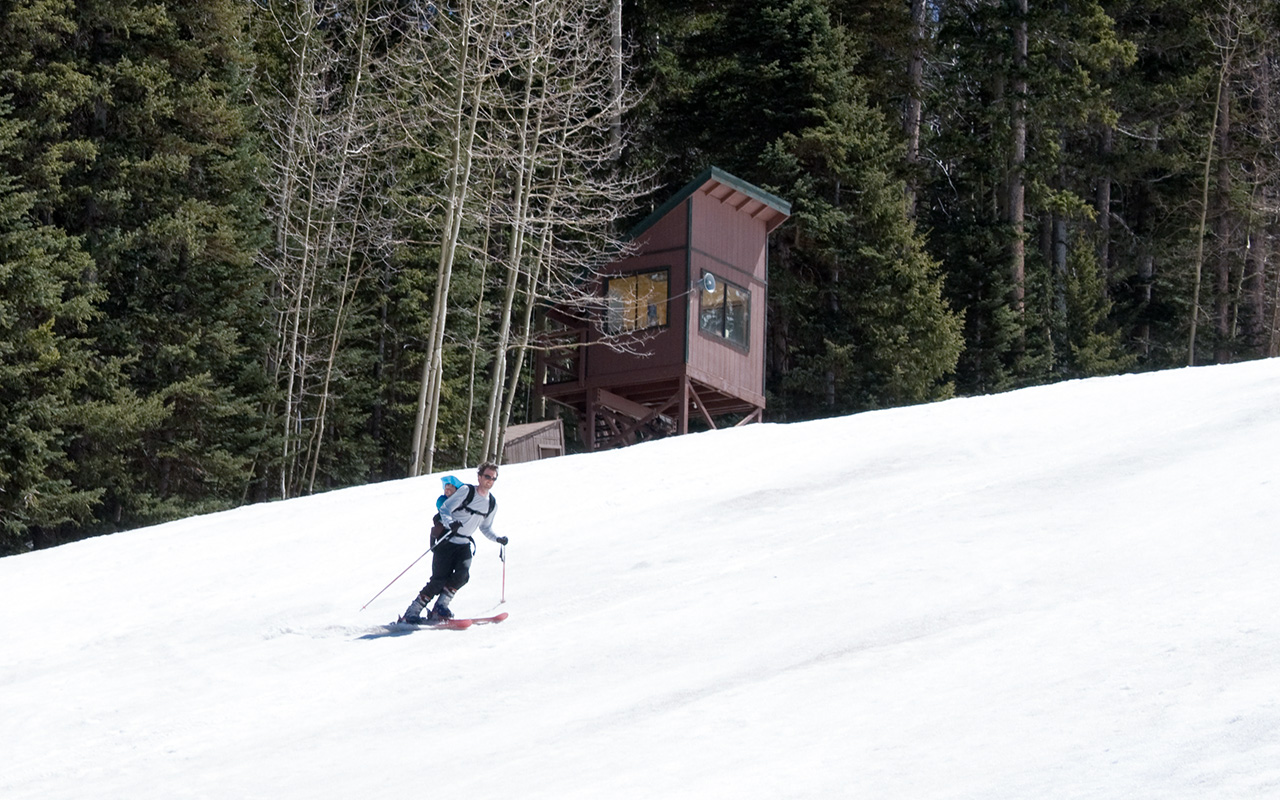 Flagstaff had a great ski season this year, though, like California, the traditionally-big March ended up high and dry. Still, there's enough snow to ski on the mountain right now, so what better way to warm up the legs than put a 25 pound bundle of joy on your back, skin up the local ski run, and ski down?

In case you're wondering, I'm using an Ergo carrier, which I really like above all the others I've tried (ie, Baby Bjorn, Baby Backpacks, etc).

Looking toward the weekend, Abineau Canyon still has plenty of snow on it. This descent goes right from the top of the San Francisco Peaks, elevation 12,600', off three giant fingers of avalanche gullies. One of them went big in the El Nino winter of 2005, I believe, and I've got photos to prove that giant avalanches do indeed occur in Arizona.

Anyhow, there's little to no such danger now, just lots of good Southwestern consolidated corn. I actually skied Abineau last year, if walking from patch to patch of snow can be called skiing. The San Francisco Peaks were hit hard by the drought last year, making for a pitiful ski year. No such trouble in '08, though.

If I can get the logistics worked out, this would be a nice feature to write about--Arizona's premiere backcountry skiing descent. We'll see.