God, I Love the Smell of HDPE in the Morning… 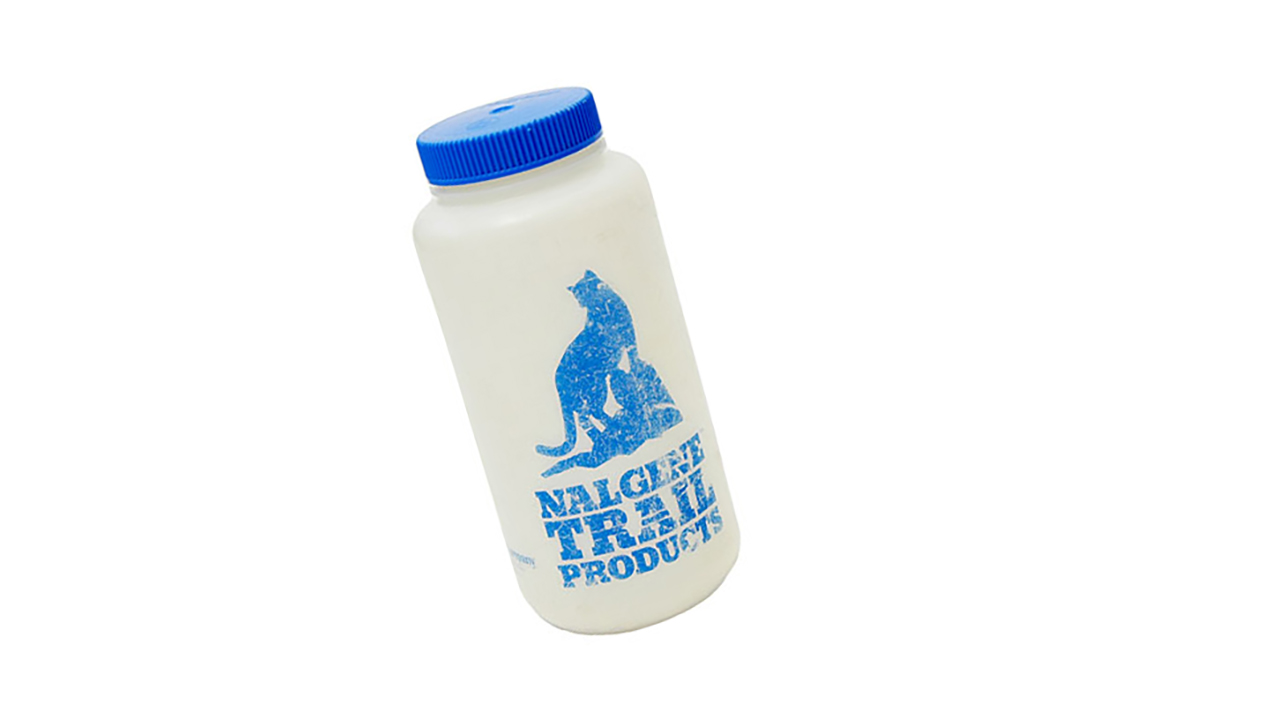 Among the more esoteric search topics that bring visitors to SierraDescents is the question of the scent of HDPE water bottles. Do HDPE water bottles really smell bad, people wonder? Or was that just a marketing pitch started by the creators of Lexan?

Here at the world-renowned SierraDescents Institute for Plastic Odor Research (SIPOR), I decided to create an elaborate experiment to answer that question once and for all.

This was the plan: first, I'd purchase the finest, purest bottled water I could find—in glass! Next, I'd pour carefully-measured portions of that water into various containers: a brand-new HDPE bottle, a steel Klean Kanteen, a Lexan water bottle, a Sigg coated aluminum bottle. Then, I'd let the water age, and at regular intervals (say, every 24 hours), I would have my wife pour the various waters into pristine unmarked glasses.

The test: would I be able to detect any residual taste or odor the water had picked up in storage?

I never ran the experiment. First of all, I have better things to do than sniffing water. And second of all, I actually have a really sensitive nose, so even if I smelled or didn't smell (or taste) anything, there's no guarantee that you would or wouldn't agree with me.

Still, I can offer a few observations that may be of service.

HDPE gets a lot smellier as it ages.

This came as something of a shock to me. I'd been conditioned to think that HDPE really just plain stunk up your water. Imagine my surprise when I switched from my ancient 20+ year old Nalgene HDPE bottle (pictured) to a brand new one: the new bottle hardly had any odor at all!

This information is completely consistent with what we're learning about plastic water bottle safety—namely, the older your bottle, the more likely you should retire it. I should admit this is exactly the opposite of what I always assumed. I thought that over time, more and more of the resins would leach out of the plastic, leaving you with a safer, reduced-chemical load storage container.

The opposite, according to studies, is true: as plastic ages, it degrades, leaching not fewer but more chemicals into your H20.

As a rule, all containers affect smell and taste

If you think about it, we all already know this, right? That's why we like to drink beer in long-neck bottles rather than in Styrofoam cups. My wife recently looked at me as if I were crazy when I told her I thought milk tastes better in plastic (acrylic!) cups as compared to glass. To me, the plastic tempers milk's tendency to taste sour and greasy, whereas glass accentuates those qualities. She just rolled her eyes and remarked she was glad her nose wasn't that sensitive (given my aversion to showering, I'd say she's luckier than she knows).

On a related front, the worst backcountry water I ever tasted came from the Colorado River near the Confluence in the Grand Canyon.

I've drank Colorado water before: it's got a lot of algae in it. Usually, I drink it from my HDPE Nalgene bottle, which seems to mask the worst of the algae mank. But this time, I was drinking water from my stainless steel Klean Kanteen. The stainless steel offered no place for that foul algae stench to hide, delivering the full effect to my olfactory receptors. The effect was positively brutal. Lesson: if you're going to drink water from stainless steel, make sure it has no odor to begin with, or you'll regret it!

At home I spend a lot of time sipping Peligrino, always in a glass. Glass seems to bring out the crispness in mineral water. Really, glass seems to bring out the best in all waters (at least the non-stinky kind). Often, as I've drunk water straight from a Sierra stream, I've wished I had a glass container along to store it. Yes, in these circumstances, the HDPE bottle does seem to give the water a hint of a plasticy taste.

The aluminum Sigg bottles, if you haven't tried them, are an outstanding alternative here. Sigg's proprietary but somewhat alarmingly top-secret mystery coating seems to impart just a hint of sweetness to water without adding any unwanted odors. Water tastes fantastic in Sigg bottles.

As for Lexan, my subjective non-rigorous experiments do indeed pseudo-confirm that Lexan is far more neutral than HDPE. Sometimes, I think I'm getting a bit of a greasy texture from Lexan, but that may just be my petro-chemical fueled imagination. As for odor, I say it's there, but it's very, very mild. Sorry—I haven't tried the new BPA-free Lexan derivatives, such as Nalgene's Tritan bottle. My guess is they perform just like Lexan in the taste/odor department, but if I hear (or smell) otherwise, I'll let you know.

So, if it isn't clear by now, the ideal storage container varies considerably depending on your needs and circumstances. Yes, HDPE imparts an odor. Keep your water bottle clean and new, and you're not likely to find it terribly objectionable, especially if you like to save weight. For more discerning water connoisseurs, the Sigg bottles are a slightly heavier alternative with a clearly superior taste (and an ambiguously safe lining).

The rock-solid safety choice is stainless steel—and it's heavy as a rock as well. But to my palate, steel comes across as a poor choice, taste-wise. Water just doesn't taste right in steel. That's my opinion, and I'm sticking to it. As for Lexan/Tritan, these heavier plastics fail to appeal to me in the backcountry. Neither claims to be safer than HDPE, and neither delivers a taste as pure as a Sigg bottle (which weighs the same). My take: if you're going to be drinking from plastic, go old school and drink out of HDPE.

For some reason I am detecting an odor in water from stainless steel bottles several months after purchase. I have had several bottles from KleanKanteen and eventually all of the bottles produced an odor. BTW, the water placed in these containers was odorless before being placed in the water bottle. I called Klean Kanteen about this problem and as expected, they told me that no one else has complained about this issue. I finally abandoned the KleanKanteen bottles and purchased a thicker walled stainless steel bottle from Nalgene. All was well at the start but now several months after using this bottle, I am detecting an odor (a friend confirmed my findings) from the water in this container. The container has been washed with both soap and vingar and still the odor persists. What is happening here?

Stainless steel unfortunately isn't totally non-reactive with water, especially whenever there are minerals etc in it. That's why I drink tea in glass cups and not steel cans. What you can do to prevent gamey odors is first of all only put in clean water, and second don't store water in the bottle for long. Wash it out as soon as you can and dry thoroughly. Once a smell gets set in there, it's probably going to be real hard to get out. Good luck!

I recommend titanium beverage containers as they are entirely unreactive. Do not choose titanium containers with non-titanium lid, else the lid will become malodorous and spoil the pristine property of the container.

You are definitely a genius. These days I was asked to handle with a Nalgene HDPE carboy which may be older than me. That smell almost makes me faint, but I still need to deodorize it to load DI water. Totally have no idea of that.