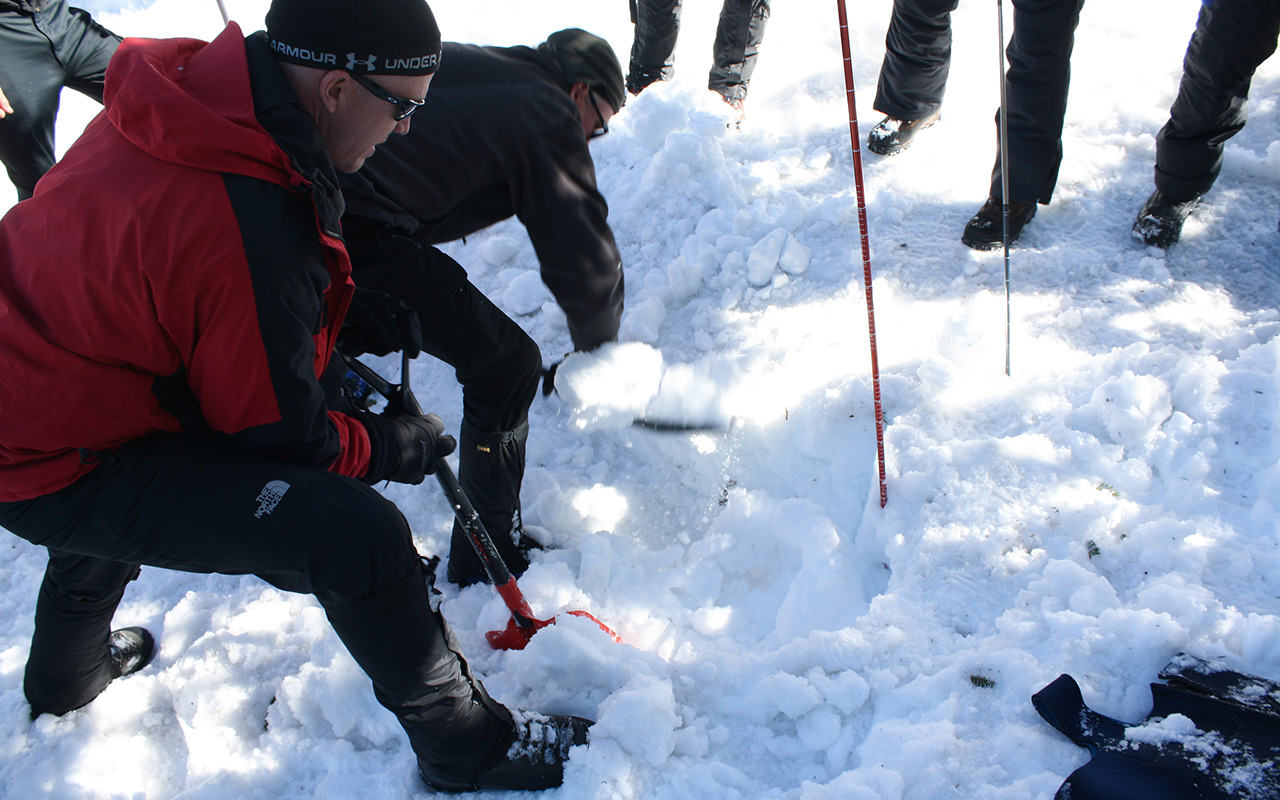 "Hasty Search" was originally the title given to the first location effort in a search and rescue operation. This phase, obviously, takes place after a qualified individual has assessed conditions for existing hazard and the decision has been made to put people into the search area.

Hasty search has now been renamed "Immediate Search," presumably because of unwanted connotations, but I like the original terminology, as it best captures (in my mind) the priorities of this phase of the rescue.

While the Hasty or Immediate Search protocol was specifically developed for use by search and rescue professionals, many of the concepts are directly applicable to self-rescue situations, in which you or a party member have been buried by an avalanche, and others in your group will attempt to find you.

The overarching goal of the Hasty Search phase is to rapidly marshal an effective search effort that concentrates on likely burial spots. Likely burial spots can be established first by employing last-known-position data (where the victim was last seen), extrapolating the victim's likely trajectory while being carried by the avalanche, looking for visual clues in the debris field, (such as items of clothing and equipment), and identifying so-called "catchment areas"—places where terrain features such as trees or rocks create eddies in the avalanche flow.

During our simulated rescue near Mountain High ski resort a week ago, we quickly divided our hasty search team into two small squads. One squad initiated a beacon search. The second squad, in which I was a member, identified catchment sites and used probes to poke around them.

In the case of the probing, this was not a slow, coordinated probe line effort. Instead, we each took a catchment area (I was working around a tree in the middle of the debris field) and began probing individually. You're playing an odds game here: you want to give yourself a decent chance of finding someone while still moving fast enough to cover a lot of ground—hence my preference for the "Hasty" moniker.

The beacon searches quickly yielded two victims, who were dug up within ten to twenty minutes. As for the probe searches, our search leader informed us there were four victims, which meant there were still two more people out there. Using probes alone, we found the third of the missing four in a likely catchment spot (another tree). The final fourth victim eluded us during the Hasty phase, but was subsequently located during a traditional, slow probe line search about an hour later.

What struck me as important about the Immediate Search effort was, first, getting into the proper frame of mind: search fast and search smart. Give yourself a chance to locate a live victim. And, as I poked the snow with a stick while beacon searchers quickly located and dug out their victims, I got a first-hand and vivid look at the importance of wearing a beacon in the backcountry.