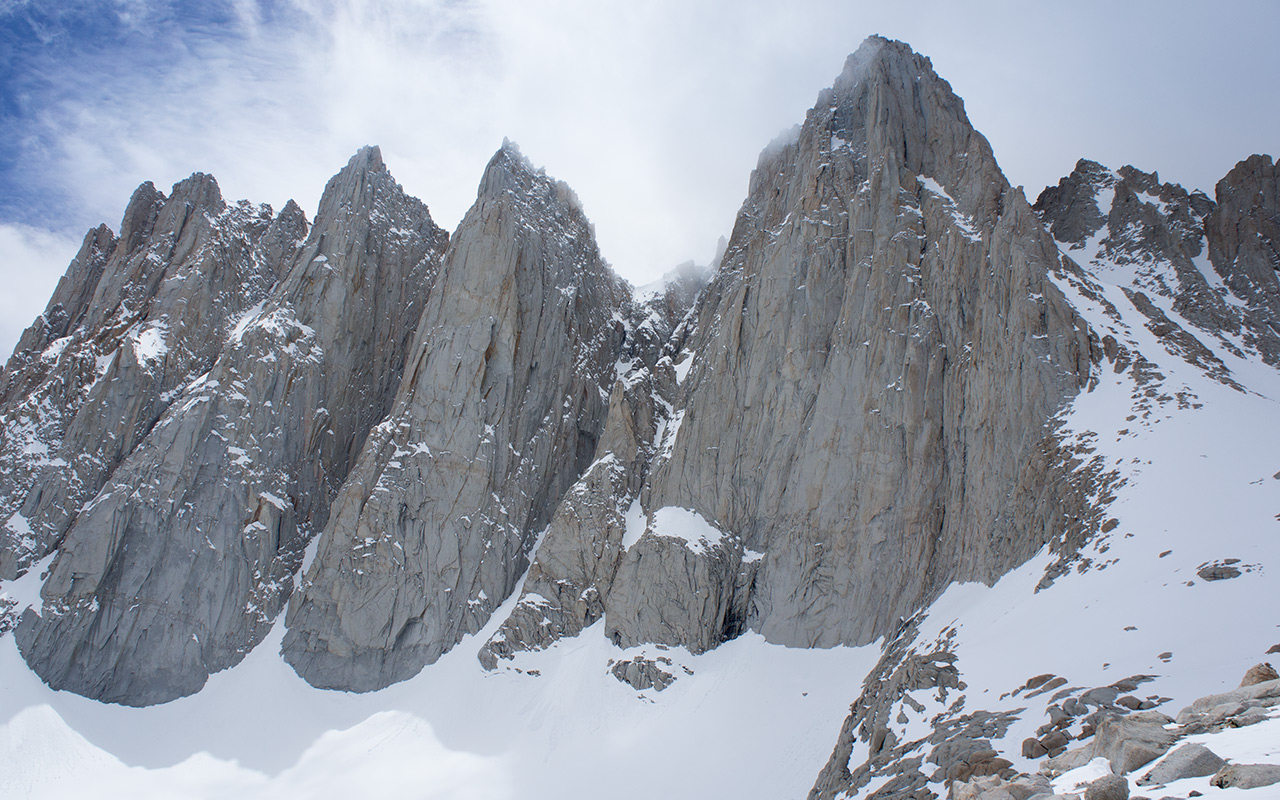 It has been known for some time that Everest climbers often show symptoms such as memory loss and poor coordination when they get home. And studies have found irregularities in the brain scans of 8000-meter climbers. The presumption has always been, however, that these effects lie exclusively within the domain of high altitude climbing. A recent Outside Magazine article makes it clear this presumption may be dead wrong.

Researchers compared before-and-after brain scans of climbers who attempted 22,834-foot Aconcagua, 19,334-foot Kilimanjaro, and 15,771-foot Mont Blanc. To their surprise they found significant scan abnormalities (consistent with brain damage) on climbers from all three mountains, even Mont Blanc. The climbers who suffered the most damage were those with the least amount of prior acclimatization.

According to the study, the best recipe for brain damage is for sea-level residents to rapidly ascend to high altitude with no prior acclimatization. The good news, on the other hand, is that well-acclimatized climbers showed little to no ill effects on their brain scans, even when traveling to much higher altitudes.

It should be obvious that taking care of our brains is the number one priority of any sane health care program. Without a healthy brain, all else is moot. The studies referenced in the Outside article are not without their flaws, but they raise an alarm that must be taken seriously. Mont Blanc is slightly more than one thousand vertical feet higher than Mount Whitney. Only a fool would believe there is some sort of magic boundary between the two mountains whereby Mont Blanc climbers can suffer serious brain damage, but Whitney climbers are safe.

I should also stress that brain damage, unlike other injuries to the body, is permanent. The brain can rewire lost function to undamaged areas of the cortex, but for all practical purposes it cannot recover lost tissue.

These studies should serve as a wake up call to all of us regarding the importance of proper acclimatization, especially for the typical California climber, who will be driving to the mountains from near sea level and climbing high the same day. Obviously, we need more studies on the impact of climbing in the fourteen thousand foot range on the brain. We already know Climbers are unlikely to give up their sport even if brain damage is a probable consequence. But better information could dramatically reduce the likelihood and severity of damage.

The rush to altitude phenom is very real. LA straight to June Lake. Next morning up at 5 to ski the Solstice Couloir. So 1000 to 9000 to 11,000 and I realized as I get there I don't know my guide's name. Not a big deal.... except it was the 10th time I'd climbed with him. Then I had to explain to him that I'd lost the thing. Because I couldn't come up the word coordination. Very real.

Deep-sea construction divers - the type that have to used mixed gas rigs and stay under high pressure for long periods of time (like days) are starting to notice the same memory problems. Could it be a problem with too little/too much atmospheric pressure?

On the other hand, before doing Kilimanjaro this summer, spent 6 weeks ramping up in a borrowed hypoxic tent. 5% up a night until we were sleeping at 13,000 for a week before leaving. Felt kind of silly doing it, did it anyhow. 9 days later on the summit, 93% oxygen saturation, felt great. After reading this, I feel a little less like a gear junkie gone mad.

Met a guy on our way down in full-blown pulmonary edema. At 15,000. They'd rushed up. Fed him our dexamethasone, porters dragged him down 1000'. Stopped talking gibberish, able to walk again.

US Special Forces keeps a team sleeping in a hypoxic barracks for immediate deployment to altitude. I've got to admit, I'm a little jealous.

The question is, if you're one of those California climbers, what counts as acclimatization? Sleeping at 6K? 8K? 10K?

If I slept at Bunny Flat or Brewer Creek, and climbed/skied Shasta in a day, would that be high enough? Probably not...

Doh, I mean Outside article. I swear I thought I saw it somewhere else though. Maybe not.

It is interesting. I don't have real issues with acclimatization, but I think part of that is the fact that I lived at 6,000 feet for several years near Bishop, CA while growing up. You should read, "No Shortcuts to the Top" by Ed Viesturs. He talks a lot about the effects of altitude, and the realities of climbing on extremely tall mountains. My romanticized idea about climbing Everest one day evaporated after reading that book. I'll stick to the Sierra Nevada, thank you very much.

Interesting - I'd never heard of a US high altitude unit. I bet the hypoxic acclimatization strategies are going to get a lot of attention now. If they help prevent brain injury on the mountains (and 93% O2 sat on Kili suggests it does), everyone's going to be using them. Or do they contribute to the problem?? A lot of unanswered questions on this subject.

Andy, I read that Outdoors article with great interest before doing Whitney for the first time this summer (actually - did the East Buttress with SMI after reading your article, and it was absolutely epic). Everyone in our group had extensive 10,000+' experience in SoCal, but had not gone much above that. We took it slow and slept at Portal and then Frog Lake (11.6k) and nobody really even felt the altitude. Luckily, I haven't noticed any effects.

But getting to my question, as a frequent sea-to-ski level person yourself, do you think you can discern any effects on your memory or cognition beyond just the regular "gettin' old" issues?

I don't expect this is something that any of us would be able to notice happening until grave damage had occurred. Maybe not even then. But this is something I do worry about. For non-acclimazitzed hikers and climbers, My operating theory is that so long as you can maintain your O2 sats, your brain will be fine for short trips to high altitude. So, use conditioning and good breathing technique to keep your O2 sats high, limit exposure times to high altitude, and be especially conservative about overnights!