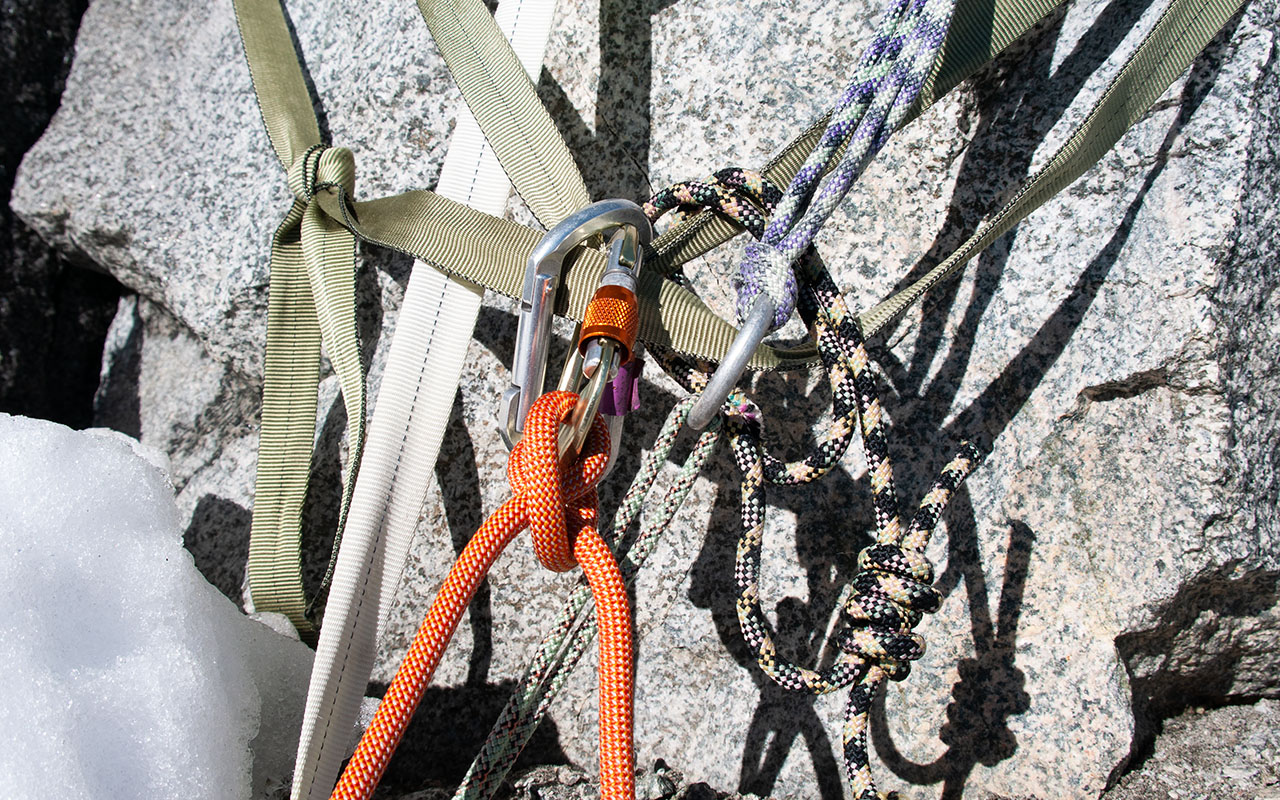 If climbing's your bag you might want to check out this sling drop-test video by DMM, in which they conduct a head-to-head comparison of Dynema and nylon slings in Factor 1 and 2 falls. The test is intended to replicate a scenario in which a climber, at a belay station, clips directly to an anchor using a short sling and then falls.

Watching the video provides a visceral demonstration of the physics of rope falls. One of the key points here is that you don't have to fall very far to create very large forces—in some cases, more than enough to snap a sling. Point Two is that even if your sling holds, said very large forces will do very unpleasant things to your body. DMM recommends clipping to the climbing rope at belay stations, when possible, rather than using a sling as a chicken line.

Finally, a criticism: unfortunately, the way DMM conducts the test, the results tell us little about how this scenario would play out in an actual, human-and-anchor, scenario. The problem is the test uses a solid 80Kg mass connected via steel carabiners directly to a solid anchor. The only flexible object in the test in thus the sling, which is shock-loaded to outrageous values.

In reality, your harness has a bit of stretch to it, and of course your body is akin to one big floppy sack of potatoes, so there is far more give in the system than the test implies. A more relevant test would have been to use Mythbuster's Buster harnessed to the sling. Still, the basic lesson of the test remains valid: slack is bad.

I don't think you can criticise DMM too much for how the tests themselves were conducted. They determined the properties of the two slings in a rigorous, quantifiable manner, which you can't fault them for.

But I agree it's incorrect to assume a falling climber would generate these types of loads. The real lesson here is "elasticity = good". The followup test I'd like to see would be one that determines the peak loads generated by a falling Mythbuster-style mannequin compared to those of DMM's steel block.

(All this said, the inelastic nature of that Dyneema sling is pretty scary. I'm not a climber, but if I were, I think I'd stick with the nylon. I like my falls to be nice and squishy...preferably onto a good sofa.)