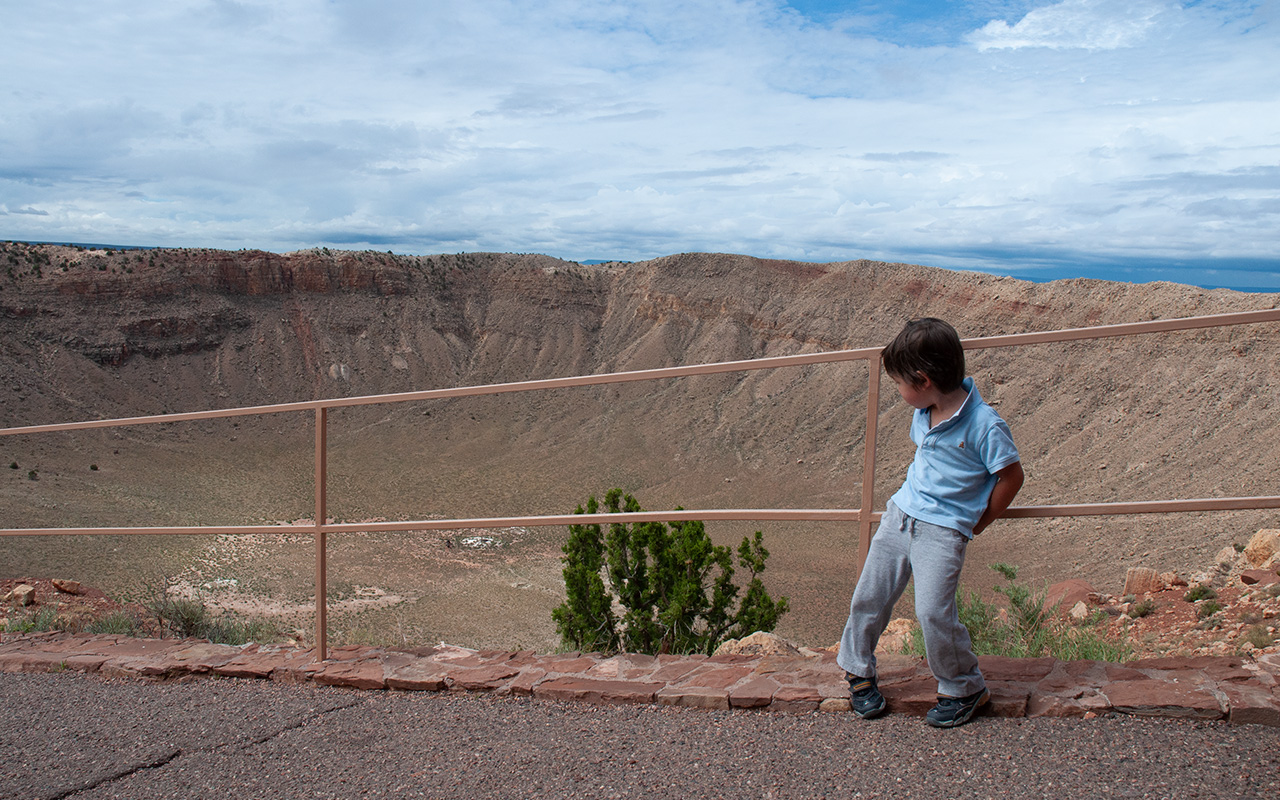 You have to feel like you're on the right track as a parent when you visit Arizona's Meteor Crater, and your three-year-old boy takes one look and asks if he can ski it. The answer to that question is a big, "Weather Permitting." With the Crater's rim around 5600', it would definitely take an unusual series of storms to make any kind of ski descent feasible.

Even if skiing is on hold until the next ice age, Meteor Crater remains a dang good place to visit. Nearly a mile across and 550 vertical feet deep, the crater was formed about 50,000 years ago when an asteroid estimated to be about 150 feet across whomped into the desert at 26,000 miles per hour. Maybe Chicken Little wasn't so crazy after all?

LOL!!! That is awesome! There are lines e erywhere that I'm sure we all look at and say, "I wish I could ski that!". Some paces just weren't meant to be ridden, though. What are your next plans for the Sierra high country?

I've hiked it ... very bare tundra. Probably going to be a snowfield near the summit. I would love to bike that road sometime, but you had better be riding a full suspension bike. Have fun!

Andy-
Thank you for the great post!
Honestly I've wondered the same exact thing about the Barringer Meteor Crater.
I think you're little guy was really onto something when he asked you if he could ski it!

I'm still digging, but I just found an aerial fly over on youtube from this past winter of Meteor Crater that really makes me wonder if there's a line or two in there?

Sweet! Next time it snows, I'm there!