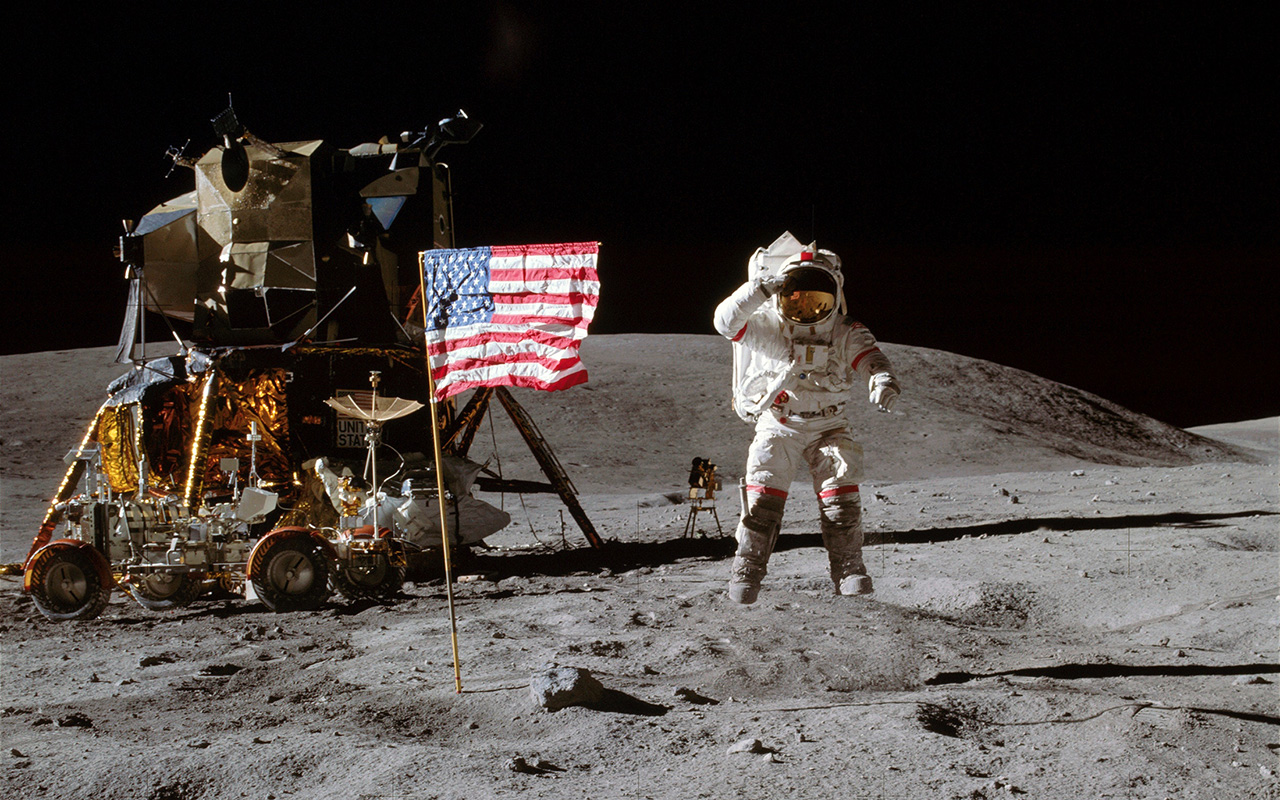 There are a number of conversations I'm dreading having with my son. One of them is in the process of just beginning, courtesy of the UFC commercials which inconveniently appear on television during some of the shows my son watches. In my son's conception of the world, you see, grown men don't hit each other in the face.

In my son's world, people don't steal from each other, or shoot each other. Waterboarding doesn't exist. War doesn't exist. Warplanes don't drop bombs on houses with sleeping children inside. And yet of course, in time, I'll be trying to explain all these things and more to my son. However much I may wish otherwise, I can't keep the darker side of the world hidden from him forever. It would not only be futile to try—it would be cruel.

But here's a conversation I never saw coming: tonight, my son pointed up at the moon in the sky, and asked if there were people on it. How he came up with that notion I have no idea. No, I explained, there are no people on the moon. Not right now. But people did visit the moon a few years ago. Really, he asked? Yes, I said. And so we Googled the Apollo 11 mission, and I showed my son pictures of the Eagle lander, and I told my son about Neil Armstrong, and Buzz Aldrin, and Michael Collins, and mankind's first visit to the moon, and I honestly don't know which one of us was more filled with wonder.

Even now, I find myself marveling at the thought of it: people, walking on the moon. That thing hanging way up there in the sky. As for those other conversations, their time will come, I know. But at least tonight, I got to share one of the very brightest parts of the human story with my son. And I was reminded that while the world may well be vastly darker than my son realizes, it is also infinitely more amazing than either of us can fully imagine.