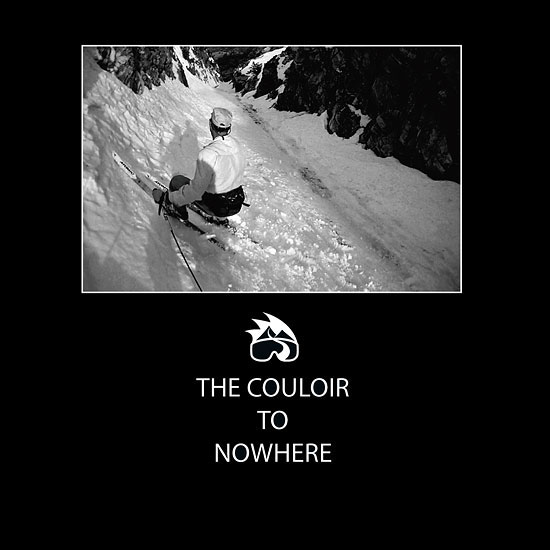 I've been holding off announcing this until I was sure it was official, and now it is: my documentary, The Couloir to Nowhere, will be screening as part of the Ski Channel Film Festival at SIA Denver on Saturday, January 29, at 5pm. I'm planning on attending the showing, and Dave The Man Braun should be there as well.

If you will be in the Denver area that weekend, I enthusiastically encourage you to stop by and say hello. Don't miss this rare opportunity to meet two people who are crazier than you are (potentially). If that's not enough to tempt you, the Ski Channel has assembled a dazzling collection of ski films for the festival, including Greg Stump's highly-anticipated Legend of Aahhhs, the Howell Brother's Television, and Sweetgrass Productions's unbearably extraordinary Signatures.

Tickets are available online via the Ski Channel website. Individual screenings are a modest ten bucks, and $35 gets you into every single film at the festival. Hope to see you there!

Congrats Andy! I loved the documentary!!