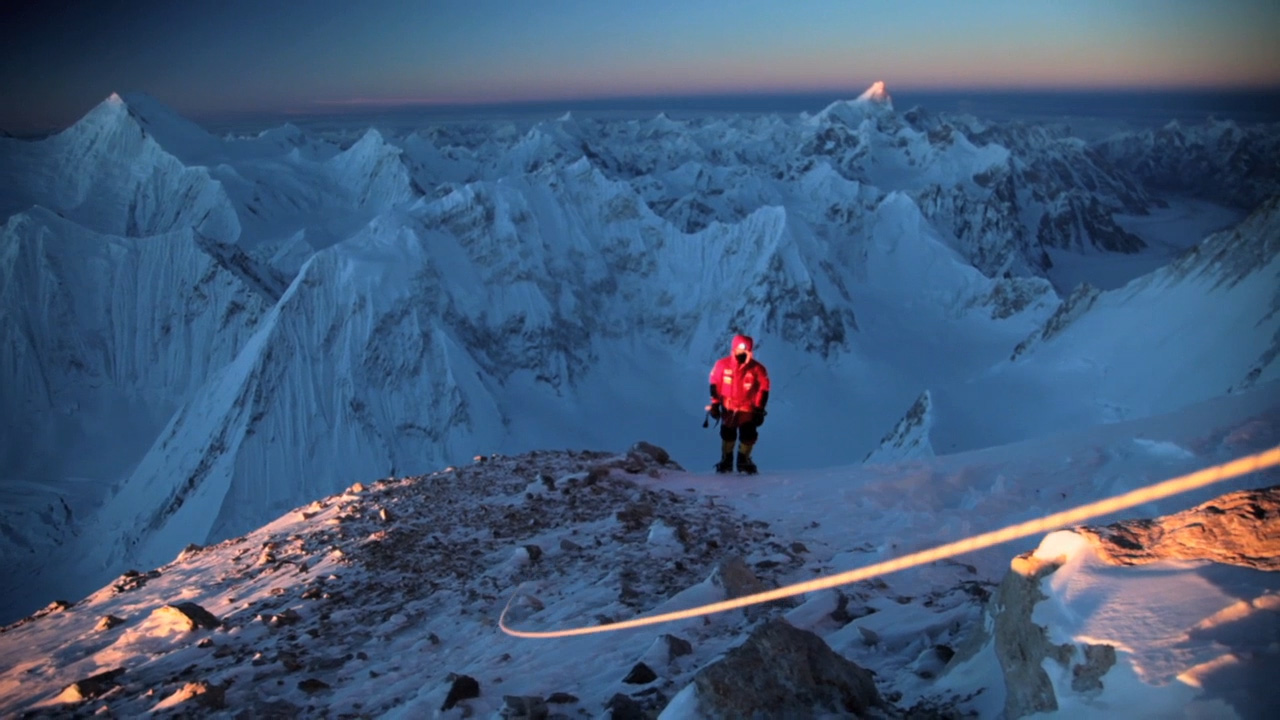 Anson Fogel's 19-minute Alpine documentary 'Cold' was one of the films I was most looking forward to seeing in Graz. The film documents the efforts of Simone Moro, Denis Urubko, and American Cory Richards, who on February 2, 2011 became the first people to summit Pakistan's 26,362-foot Gasherbrum II in winter.

If you think climbing 8000 meter peaks in winter sounds like a bad idea, I would tend to agree. Winter storms and extreme cold make these already-deadly peaks far, far deadlier. But, a handful of elite high altitude mountaineers are drawn by the challenge to be the first to summit the world's big peaks in winter. Who are these people?

Many, like Urubko, are from former Soviet-bloc East European countries. Perhaps their backgrounds make them better suited for extreme suffering.

Or perhaps they're just extra crazy.

In any case, Boulder photographer Cory Richards joined Moro and Urubko for their attempt on Gasherbrum, bringing his Canon 5d along for the ride. One of the things that makes 'Cold' so interesting is the contrast between Richards and his partners. It wouldn't be at all reasonable to call Richards soft, but he's clearly stunned by the ferocity of the conditions, whereas his partners seem oddly serene, even as their bodies start to fall apart.

But we begin to suspect that impulse is as much a liability as an asset in the midst of such an extreme environment. His crisis of identity on Gasherbrum is explored with brutal honesty by the film, which builds steadily toward a climax that packs an unexpected and emotionally-overwhelming punch.

Faced with the inherent limits of Richards' cinematography—one climber carrying one camera—the natural temptation would be to enhance the look by reshooting/reenacting sequences and stylizing the material. But Fogel and writer Kelly Cordes instead add only narration (Richards' own voice) and brief images of Richards' family, melding that with Richards' stark video of humans struggling to cope with a landscape so bitter cold it seems as if Reality itself will shatter.

Unfortunately, 'Cold' currently has no screening dates, and no DVD is available. You can see the trailer on Vimeo and also at Folgel's site, Forge Motion Pictures, or you can try to catch the complete film as part of one of the festival tours. Definitely be on the lookout for it. If you're fascinated by 8000-meter mountaineering, this is one story you don't want to miss.