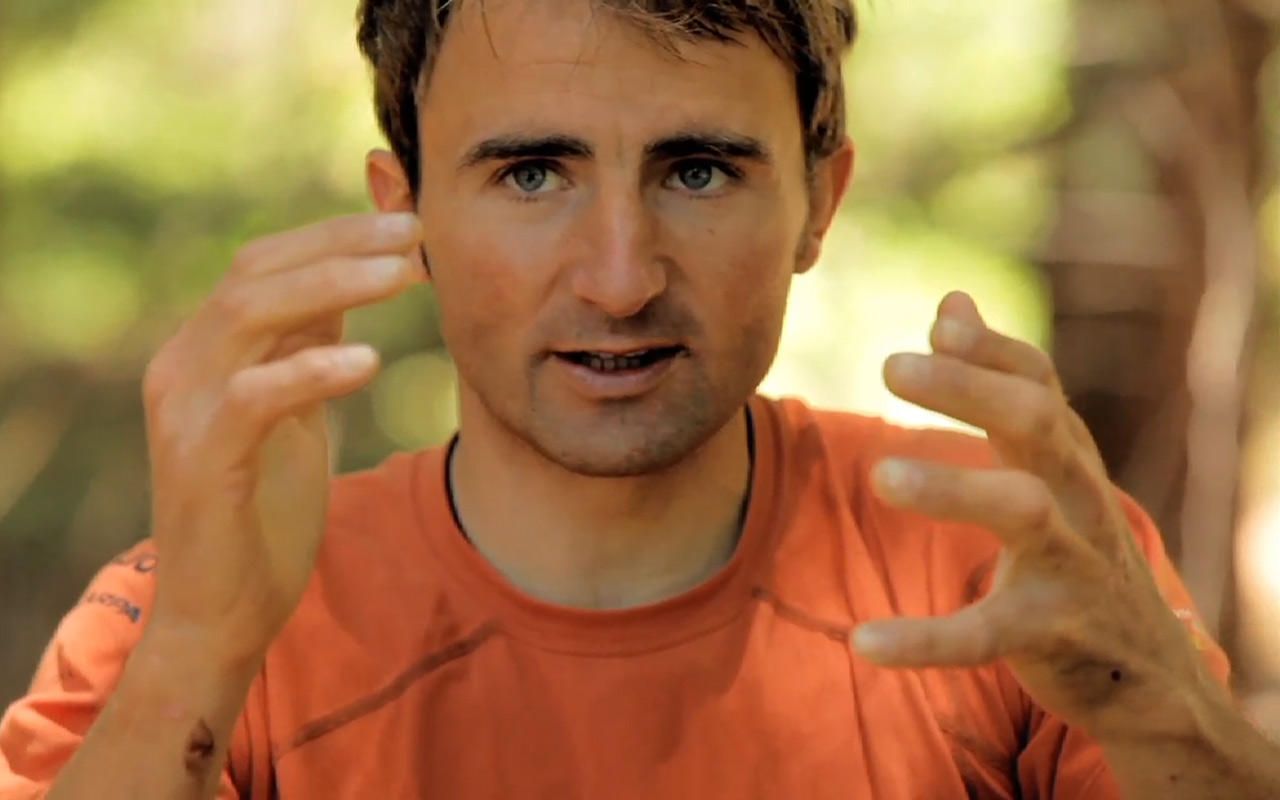 I wasn't sure I'd enjoy 'The Swiss Machine', but it was definitely on my must-see list. Ueli Steck's fame skyrocketed when he successfully soloed the north face of the Eiger in an astonishing 2:44:33. 'The Swiss Machine' not only tells the story of the climb—it actually shows us the climb.

There are really only two ways to understand the magnitude of Steck's feat. One is to go climb the Eiger's north face yourself (not recommended). The other is to go read Heinrich Harrer's mountaineering classic, The White Spider, which documents the route's incredible (and incredibly deadly) history.

Modern climbers using modern gear typically take around three days to climb the Eiger's north face, which remains not just the world's most famous north face, but also one of the world's more challenging routes. Soloing the face is itself a nearly inconceivable accomplishment. Soloing it in less than three hours—even given incontrovertible video evidence—simply defies belief.

In Steck we find a remarkable convergence of discipline, skill, fitness, audacity, and—crucially—the willingness to bear risk. It is that final trait that perhaps makes 'The Swiss Machine' so unsettling. Watching the film, you can't help but like Steck. He's energetic, enthusiastic, irrepressible. And then we watch him clinging unprotected to the Eiger's unforgiving ice and rock, the scraping steel points of his tools the only thing between him and certain death.

It is perhaps the most harrowing free soloing ever done on camera.

Though clearly not intended as such, 'The Swiss Machine' offers a commentary on the nature of the collaboration between climbers, their sponsors, and the outdoor consumer. The relationship, to say the least, is not necessarily a healthy one. I would be far more comfortable with Steck's choices if he were unknown to the world at large, climbing these same routes in obscurity rather than packaged as a calculated product to be delivered to an adoring—and demanding—public.

Sponsorship overtones dominate the segment of the film that takes place in Yosemite, when Steck is paired with superclimber Alex Honnold (who free soloed Half Dome). Are these young men defining themselves with their climbing, I wondered—or are they allowing others to define them?

However you feel about these issues, in the end it is the brilliance of Steck's climbing that endures. Watching Ueli top the Eiger and then check his watch is not unlike watching a human being lift a car over his head. It is an extraordinary, jaw-dropping, mind-bending moment, unforgettable and above all else inspiring. It made my eyes water. Steck, like all our greatest athletes, permanently changes the boundaries of the possible, lifting all of us with his accomplishments. Let us hope the price of that transcendence, in the end, is something we can bear.

note: you can purchase 'The Swiss Machine' as part of the Real Rock 2010 tour DVD at SenderFilms.com. Watch the DVD trailer here. More video from the film is here.