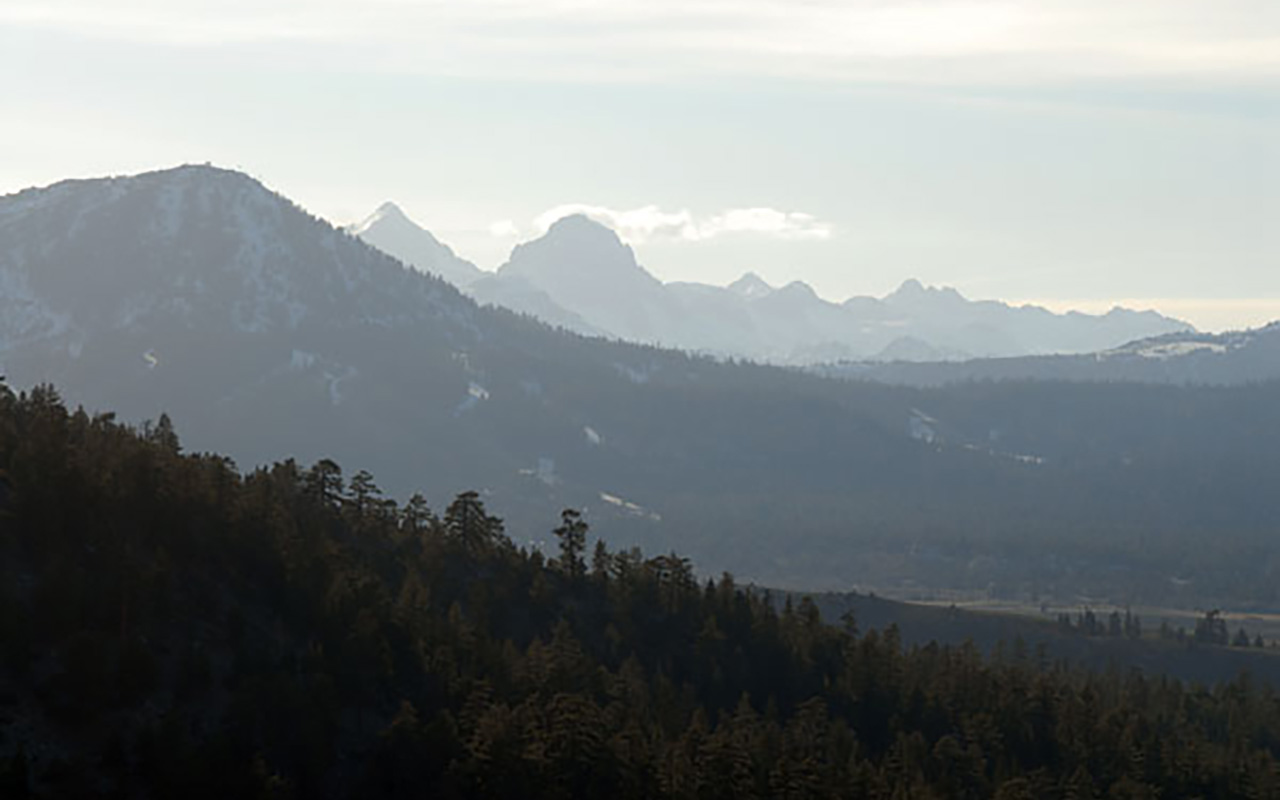 Only days after Mammoth Mountain gave the axe to June Mountain, plunging the town of June Lake into crisis, Mammoth's hometown of Mammoth Lakes has now declared bankruptcy, following a botched development agreement and a failed court appeal that leaves the tiny community unable to pay a massive $43 million dollar breach-of-contract judgment.

The story begins in the 1990's, when the town of Mammoth Lakes took over the local airport, intending to add commercial air service. Beginning in 1992, Mammoth Lakes received grants from the FAA under the Airport Improvement Program. This money was used to develop and expand the airport. FAA money, however, does not come without strings. Specifically, the FAA extracted assurances from Mammoth Lakes that the town would not sell or lease any part of the airport property without FAA approval.

In 1997, intending to turn the airport into "a first-class airport operation," the town entered into an agreement with developer Terrence Ballas, who had experience in airport development. The deal leased portions of the airport property to Ballas, with a later option to buy, granting him the right to build a 250-unit hotel or permanent resident condominium complex on-site. In exchange, Ballas agreed to make major upgrades to the airport facility at his own expense.

Sharp eyes will note that the deal with Ballas obviously conflicted with the town's prior agreement with the FAA. As a condition to receiving FAA money, the town had agreed (among other conditions) not to sell or lease airport land without FAA approval.

Apparently seeking that approval, Mammoth Lakes Airport Director William Manning sent details of the proposal to the FAA. The FAA responded with a terse fax reading (in part): "Under current FAA policy and procedure guidance a release of all federal obligations which encumber the property must be obtained from the FAA prior to the notice to sell/purchase the property. The FAA should be given a copy of the option contract for review and comment prior to recording the document."

That would not seem to constitute a letter of approval. Nonetheless, nine days later, in 1997, Mammoth Lakes signed the contract with Ballas. Manning would later testify in court that he thought the FAA's fax was "ridiculous." He felt it did not constitute an official correspondence and that he "wasn't obligated" to respond to it.

While the original agreement already granted the developer permission in principle to build Hot Creek, the actual construction plans still had to go through Mammoth Lakes' planning department for review. In 2002, unhappy with the plan's "residential" orientation, Mammoth Lakes planning staff recommended rejecting the LLC's application. Rather than see the plan rejected, the LLC agreed to temporarily withdraw it, on assurances that the town's planning staff was willing to negotiate.

In 2004, the FAA took the position that the town could have either the on-site hotel/condo complex or expanded air service at the airport—but not both. On or about this time, Mammoth Lakes officials privately changed their position on the desirability of the Hot Creek development, and began actively seeking ways to get out of the agreement.

In June 2004, deputy town manager Charles Long met with the FAA and asked the agency for help to "get rid of Hot Creek." Long asked the FAA to put in writing its objections to the Hot Creek plan—specifically on the basis of the town's prior grant agreements with the FAA. Armed with these documents, Long emailed the Hot Creek LLC, informing the developer that the Hot Creek plan as submitted differed significantly from the original development agreement, and that the FAA was "concerned that the airport will run out of land for aeronautical purposes" if Hot Creek went forward.

The LLC responded with a request for clarification, and a request for assurances that the Town intended to honor the 1997 development agreement. Town manager Robert Clark responded that the LLC and the town needed to resolve the FAA compliance issue. Clark also noted that the development agreement included language requiring the developer to comply with "FAA review requirements."

The LLC saw it differently. Their position would be that the town had not made the development agreement contingent on FAA approval, nor had town officials in fact even mentioned that there might be conflicts with the FAA regarding the development. Further, in the LLC's eyes the town had actively courted and then created the FAA issue by pressing for airport expansion, thus engaging in behavior inconsistent with the town's contractual obligation to the developer.

In February 2005, the LLC served the town with notice of default under the terms of the development agreement. Subsequently the LLC filed a civil claim, from which it was awarded damages in the amount of $30 million plus legal fees. That judgement was upheld in appeal. For residents of Mammoth Lakes, already struggling to cope with a severe economic downturn and harsh cuts in public and private employment and services, their fates will now be in the hands of a bankruptcy judge—barring any more surprises.

More: case history and summary of the court findings

When are people going to give Mammoth a break? The village is horrible, except the gondola, the rental/ticket center and the Starbucks!But they close the gondola right after spring break. Why couldnt they have made it more fun? How about an in and out burger and beer garden? How about a in door out door heated pool? The place has all the warmth of an Encino strip mall on Ventura. And then theres the rest of town. It's a ghetto in some spots. This is a great area with a white trash feel of Big Bear. Let the developers in and use the natural resources to show case what they do best. 400 inches of snow, great fishing, climbing, views etc. And who wouldnt want to buy June Mountain and turn that town around. My message to all the working class people up there is that the mountain is not failing you the money people are.

As a Bishopite, I'm devestated. In the bay area, we've seen our share of cities declaring bankruptcy. I love that Mammoth has largely remained a quiet mountain town. I wish that is what it could remain. God forbid it should become a place where only the wealthy elite can go to play.

However, more development must take place to compete. Involve the community, develop a good plan, and let's save a great place.

Ideas:
1. Re-open the talk of developing a ski area satellite on the Sherwins.

2. Re-open talks on the possibility of connecting June and Mammoth Mountains though a series of environmentally friendly "Silverton" style backcountry lifts and lodges.