Nothing Endures But Change (Bodie Edition) 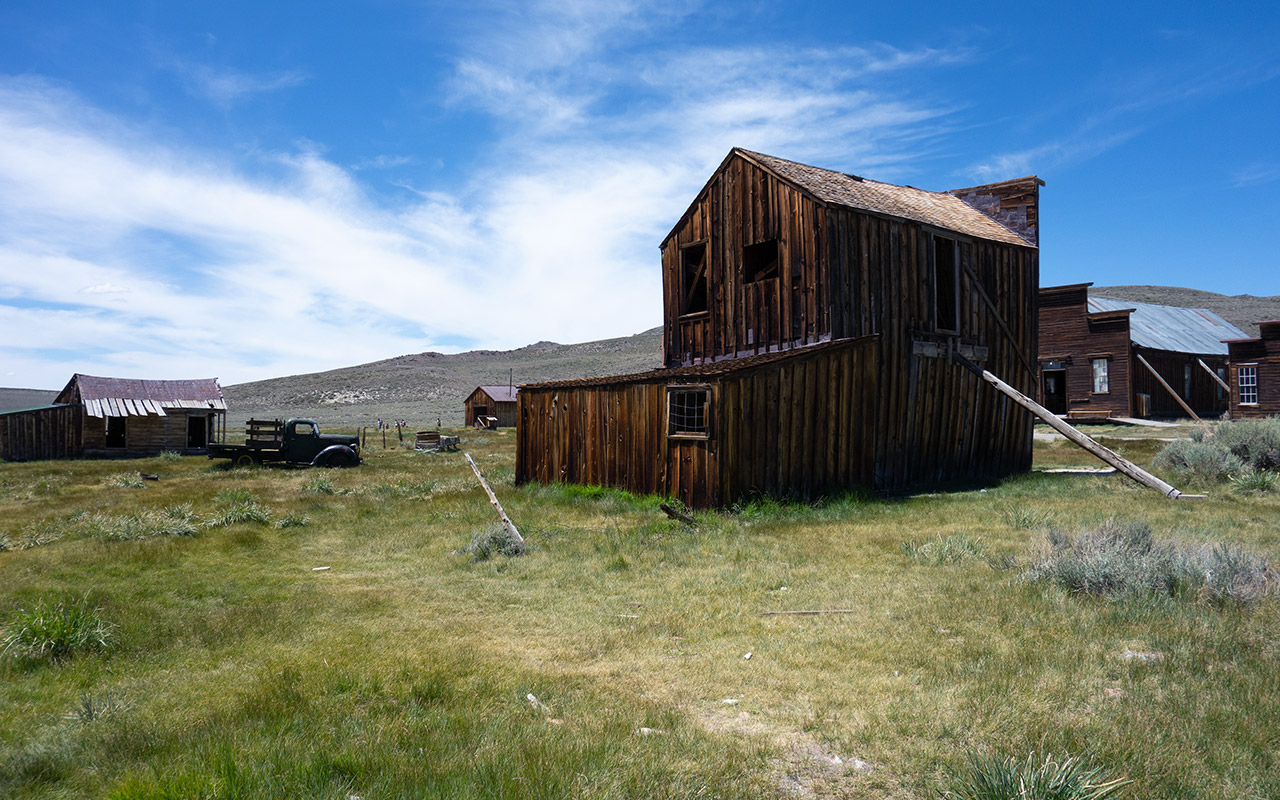 From the glass towers of Chicago to the ghost town of Bodie, California, we go. Bodie, now a state historic park, is thirteen miles off Highway 395, just southeast of Bridgeport. Gold was discovered here in 1859, and within twenty years there was a booming town with a population around 10,000. The principle mine closed in 1913, though the town lingered on into the early 1940's.

Located on what can only be called one of the Eastern Sierra's bleakest of properties, Bodie was said to be "second to none" for its wickedness of residents and climate. The town featured 65 saloons, and killings occurred with dismaying regularity. Summers were hot and dry; winters brutally cold and windy. Today, about five percent of the town's original structures remain, preserved in a state of "arrested decay" as a classic example of an American mining ghost town. 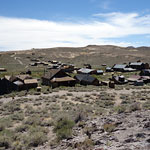 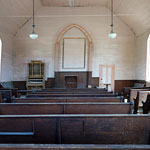 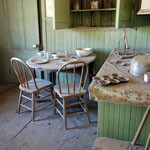 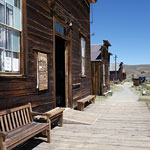 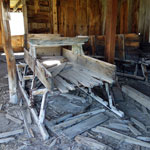 Perhaps the first thought that strikes visitors when they first see Bodie is: it's big! Ninety-five percent of the town may be gone, but what remains still sprawls across the land, easily a hundred or more buildings in varying states of decay. Unfortunately, your next thought is likely to be disappointment, as you realize that the structures are nearly all padlocked and closed to public entry.

If you want to look inside to try to glean what life here must once have been like, you'll mostly be forced to squint through dusty windows.

There are a few exceptions: the Methodist church, erected in 1882, lets you enter the doorway, from which you can view the interior through grill wire. Right next to the church is the Miller House, partially open the public, which lets us venture into the living room to see a surprisingly modern residence (the town, after all, existed into the 1940's), plus a plaque with Heraclitus' (540-480 b.c.) apt quote, "Nothing Endures But Change."

Continuing on through town, we come to the Miner's Union Hall, built in 1878, where Bodie residents held their socials, including the elegant masquerade ball on Washington's Birthday. The Miner's Union now houses a museum and gift shop, where you can browse Bodie relics and pick up a souvenir or two.

As for the mines and surrounding grounds, they're all closed to the public, though you can arrange tours of the mill via the ranger at the gift shop. Mining equipment, on the other hand, can be found scattered throughout the town and surrounding land. Some of these are quite large—massive tools, machines, and structures which must once have cost a fortune in their day.

I suppose we should try to not read too much into all this: they found gold, they mined it, and when the gold was gone, so were they. And yet...

Walking these dusty streets beneath the hot California sun, do you not hear perhaps the echoes of voices here and there? Human activity, ingenuity, commerce, the bustle of a humming community and society...fortunes won and lost, fights and scandals, festivals, children rushing to school, the church bell ringing.

Will Los Angeles some day be a ghost town like this? my son asked me, as we left Bodie and headed to Bridgeport for lunch. No, I told him. I don't think so. But I'm glad he didn't see me shudder.

There is so much history on the Eastern Sierra. Living near Bishop's Buttermilks, my friends and I would go and explore the old tungsten mines. Quite dangerous now that I look back with an adult's perspective. Nevertheless, there are old mining sites all over the area.

And, yes, the thought of a city like LA as a ghost town does indeed send a shiver down the spine. What kind of tragedy would cause such a thing? Well, if global warming radically alters the water supply currently provided by the Colorado river and the Owens Valley aqueduct, what would the potential impact be? Food for thought ...

There will be many very dirty, smelly people out tending to their dirt yards and cleaning their SUV's with rags wetted by spit.