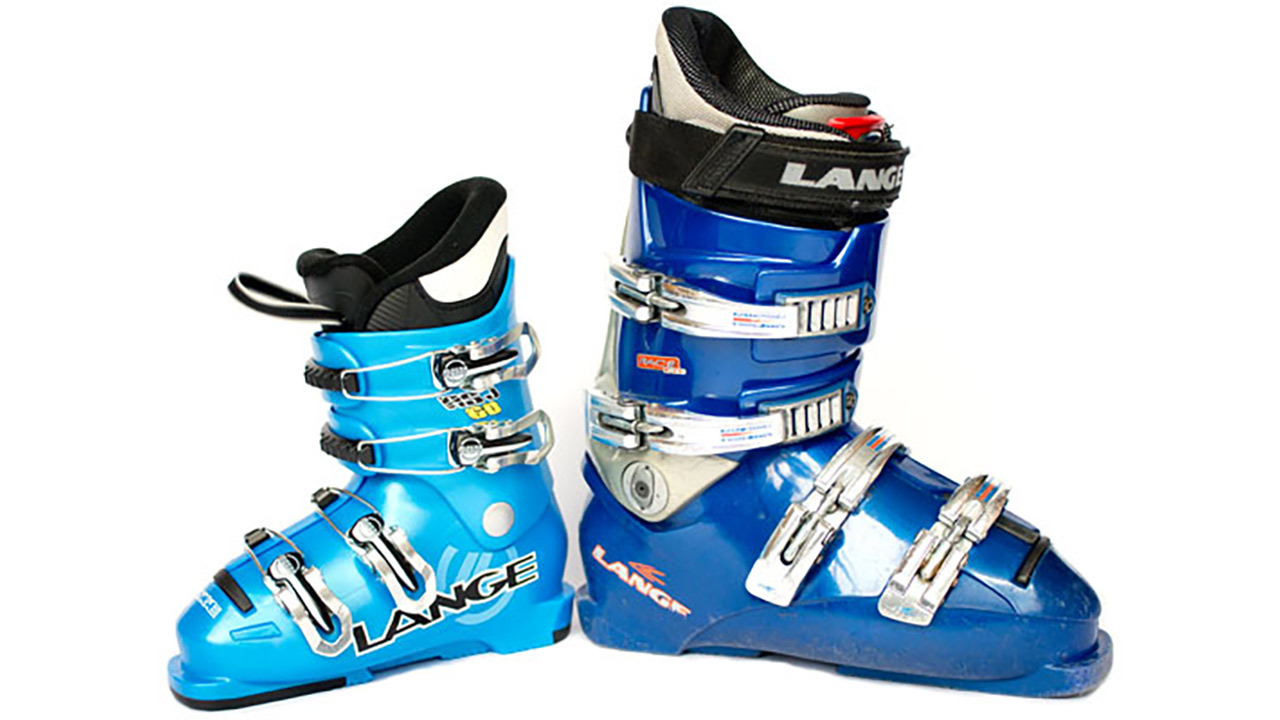 At Mammoth last weekend I had the interesting experience of hearing two exactly opposite bootfitting opinions in two consecutive days at two consecutive ski shops. US bootfitters overwhelmingly tilt toward putting people into the smallest possible boot shell, and that was indeed the gist of Opinion A, best summed up as, "It's always better to size small and expand the shell if needed."

Opinion B—"It's much easier to shim space inside a shell rather than create it"—is quite a bit more rare, and I must say I was a little surprised to even hear it. The mere suggestion of sizing larger is practically taboo in many shops. You might think given their diametrical opposition that one of these opinions must be right and one must be wrong, but in fact you'd be making exactly the same mistake that many bootfitters, alas, tend to make: beginning a fitting session with a preconceived notion as to which fit is best for the client.

I say both fits, tighter and looser, have their place, and if forced to pontificate, I would further argue US skiers are often sized into shells that are inappropriately and pointlessly too small.

Why do we have this problem? Blame the manufacturers, who overwhelmingly make their shells in 1cm increments. The sweet spot in a perfect shell fit is probably a mere one to three millimeters long, which means, if your foot doesn't naturally happen to fall into that happy zone, you are going to be in a shell some five to nearly ten millimeters too big or too small. Which is huge. This is why savvy bootfitters often suggest you choose your boot by fit rather than by brand.

Every maker's boots are a little different, and if you keep randomly trying on pairs, odds are you'll eventually find a boot whose shell size increments better match your own specific anatomy. Of course, our feet themselves are usually asymmetrical by five or more millimeters in length, and many of us (myself included) pick boots for their performance, not their fit, so in the real world, pending shell technology changes, you are going to be picking between optimizing for bigger or smaller when it comes to your shell sizes.

Racers want and perhaps even need the very tightest fits. If you are a racer, your choice is made for you: always get the smaller shell. In fact, if you're a high-level racer, you will likely be sizing for the very smallest shell you can possibly fit into without injuring your feet. In many cases, racers' feet probably do get injured, or otherwise mangled or misshapen by the repeated abuse of tight shells. At least you're not suffering concussions in the NFL, right?

I will put a special warning here to parents of junior racers: it's probably best to back off this tightest-of-the-tight mentality, at least a bit. Young minds are not nearly as good at differentiating between dangerous and merely uncomfortable fits, and young feet are vastly more susceptible to damage and even permanent injury.

US bootfitting philosophy today is dominated by the notion of the Performance fit, which at its core is a race-based notion. We might ideally describe this as, "size as small as you can comfortably stand", but in practice, many fitters who take this approach are probably putting people into shells that are essentially identical to a Race fit, intentionally or not.

For racers, who are fighting for milliseconds, tight fits make sense. For everyone else, it's far less clear what the benefits of a race-level fit are, especially as comfort is increasingly sacrificed in pursuit of the very closest fit. New ski technologies like rocker have made close fits much less important. As well, the entire sport of skiing has shifted from race-ready carving toward All Mountain/Freeride fun—again, a trend that makes close fits less critical.

That's not an argument for a sloppy fit; rather, it's a plea for a comfortable one. How can clients (and fitters) determine whether or not a Performance Fit is too far toward the Race end of the spectrum? I use a very simple test for myself: buckle yourself into the boot as you would for normal skiing. Stand on flat ground, and flex aggressively against the tongues of the boots. This motion will force your heels as far back as possible.

If, in this aggressively-forward flexed position, your toes are experiencing any significant pressure from the front of the boot, or worse, forced into a curled position, you are in a Race Fit. Period. Your shells will need to be expanded, or else you should consider sizing up.

Is there such a thing? You wouldn't know it in today's shops. Almost regardless of skier ability level, fitters tend to argue that skiers should be in Performance fits, often saying this will help them learn and progress faster. For some beginners and intermediates, this is undoubtedly true. For others, tight fits lead to cold toes and damaged toenails and boots that are difficult to get on and off, none of which advance the cause of skiing, which is first and foremost to have fun.

Many skiers in the beginning and intermediate (and even advanced) category will be better served with relaxed fits, allowing them to wear thicker, warmer socks, and allowing them to learn, progress, or just ski in comfort. Expert male skiers take note: this is almost universally the fit you want your non-expert spouses and girlfriends in. Comfort, I say!

US bootfitters today generally understand there is something called Backcountry and/or Alpine Touring skiing out there, and it is gradually penetrating the bootfitting zeitgeist that backcountry skiers need a different fit from the Alpine/Performance Skier/Racer. That said, many fitters today will still demonstrate an almost pained resistance to the notion that boots should ever be sized up rather than down.

Why do backcountry skiers need a relaxed fit? For a variety of reasons. Many of us hike in our ski boots—up and down. Hike 2000 vertical feet (or more) down a talus-strewn trail in ski boots, and you'll very quickly come to see the wisdom of avoiding Race or Performance-style shell fits.

Backcountry skiers also sometimes sleep in their boots, or otherwise wear them continuously for 24 hours or more. Backcountry skiers, especially those on expeditions, often encounter cold temperatures where frostbite is a real threat, and there is no lodge nor hot cup of chocolate waiting nearby. To be clear, we're not talking sidecountry here. If you ride a chairlift up and ski down, with little to no hiking involved, feel free to take your chances with a Performance fit.

For true aficionados, however, a more roomy fit is essential. My quick and dirty tip for a backcountry fit: stand on flat ground in a neutral position (weight neither forward nor back) with your boots either loosely buckled or even unbuckled. In this position, if there is any pressure at all on the ends of your toes from the front of the boot, you need to either push the shells out or else size up. Really.

One Size Does Not Fit All

If there is one message I would hope to make clear, it is that every skier—indeed, every foot—is different. The very best bootfitters innately understand this. They even understand that the very same skier will need different kinds of fits depending on what kind of skiing they are doing. Toward this end, I advise everyone—clients and fitters alike—to avoid mindlessly choosing the tightest fit possible.

Congratulations on the sound bootfitting tips!
Too bad that the shop fitters don't get it.