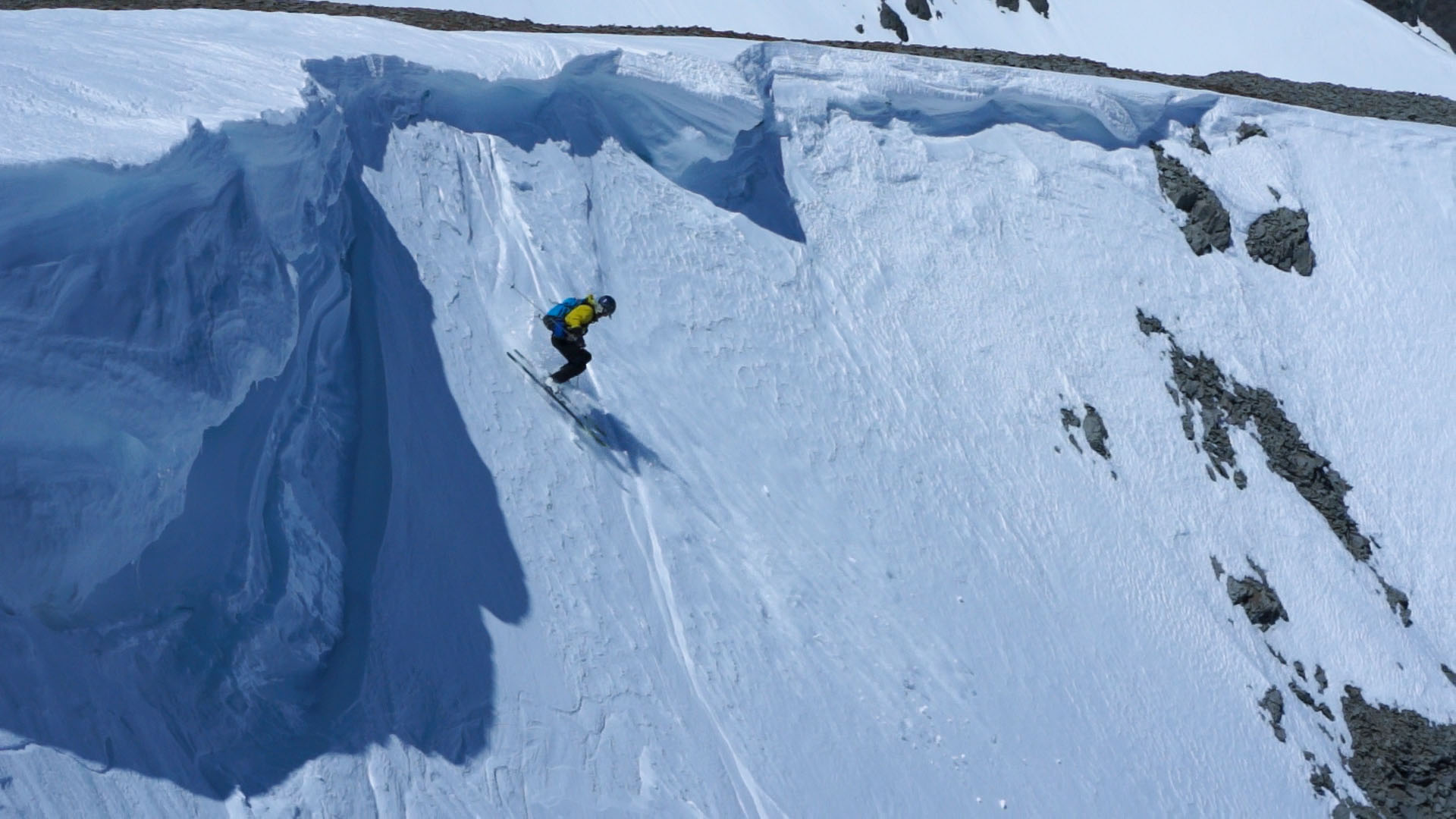 One of my more esoteric quests is the search for the perfect steep skiing turn. Steep technique turns out to be a fabulously nuanced and dynamic field of study. There are lots of ways to do it (some better than others), and however you do it, there's not only the highly complex mechanics to master—there's also the added complication that it's almost always done in places that are bloody well terrifying.

I've been interested in steep technique ever since I first read about the adventures of Patrick Vallencant and Anselm Baud in Ski magazine. But my quest to improve my own steep turns got kicked into high gear by two things. First, skiing Muir's East Buttress with David Braun. That was by far the most technical terrain I'd ever skied, and it utterly exposed the weaknesses of my technique.

That same year, I began skiing a lot with my friend and former Aspen Highlands patroller Trevor Benedict, who has absolutely gorgeous technique on the steeps. I've been spying on the man ever since, trying to ferret out his secrets (including frame-by-frame video analysis).

As part of my obsession, whenever I'm at Mammoth Mountain, I take advantage of Mammoth's easily accessible steeps by always traversing into the little mini-pitches at the top of the mountain, where I try to make one or two turns from a standstill on 55-60° terrain. And today, at last it happened: I made the perfect turn.

I was perched on the scalloped face of a cornice, and it was as if I just stepped right off the mountain into space and fell straight down an elevator shaft. While I was falling I unconsciously moved my legs to follow my upper body, and time seemed to stop, and my skis came around perfectly and caught me and then I was back on the snow again and standing still.

It felt so good I thought I'd do it again, so I did, and this time I hit a rut and my ski popped off and tumbled all the way down cornice bowl—my very first pre-release on Dynafits. But that's not important. The important thing is, I made the perfect steep turn. It was perfection, poetry, a work of art. It felt as pure and as natural and as smooth as any turn I've ever made. From this moment forward, I shall refer to it as "The Turn."

Now I just have to figure out what the heck I did, so I can do it again...

From the sound of it, sounds like a pedal-hop slip jump turn with a modified ruschblok hook. Simple enough to replicate. Of course, it's easier when your north facing. Good luck.

Channel Coombs, he smiles above having found the Holy Grail. In Drop Out chute in the chalky wind blown perfection that occurs below the entrance (occasionally) I found 6-8 of my best steep turns ever several years ago. When you nail it the fear is replaced with some sort of Zen like focus where you are the turn. Takes years to even have a shot at this. I think it was Stu Campbell (Heavenly director I think) at Ski Mag years ago said he'd never had a perfect turn. Like I tell my son when your'e advanced linked recoveries look skiiled to the uninitiated. Great story, makes me train harder for the next opportunity.

what spot at mammoth?

Great link to Leavitt! Awesome footage. Reminds me of first shot at Ellery Bowl, had to teach myself that pedal turn on the spot, at a 49 degree slope. Like hopping into an elevator shaft, rotating into air off the uphill foot. Very satisfying descent, but i'm sure my form looked uuuugly. I hope you post more on this, its hard to find good discussion on refining steep techniques.