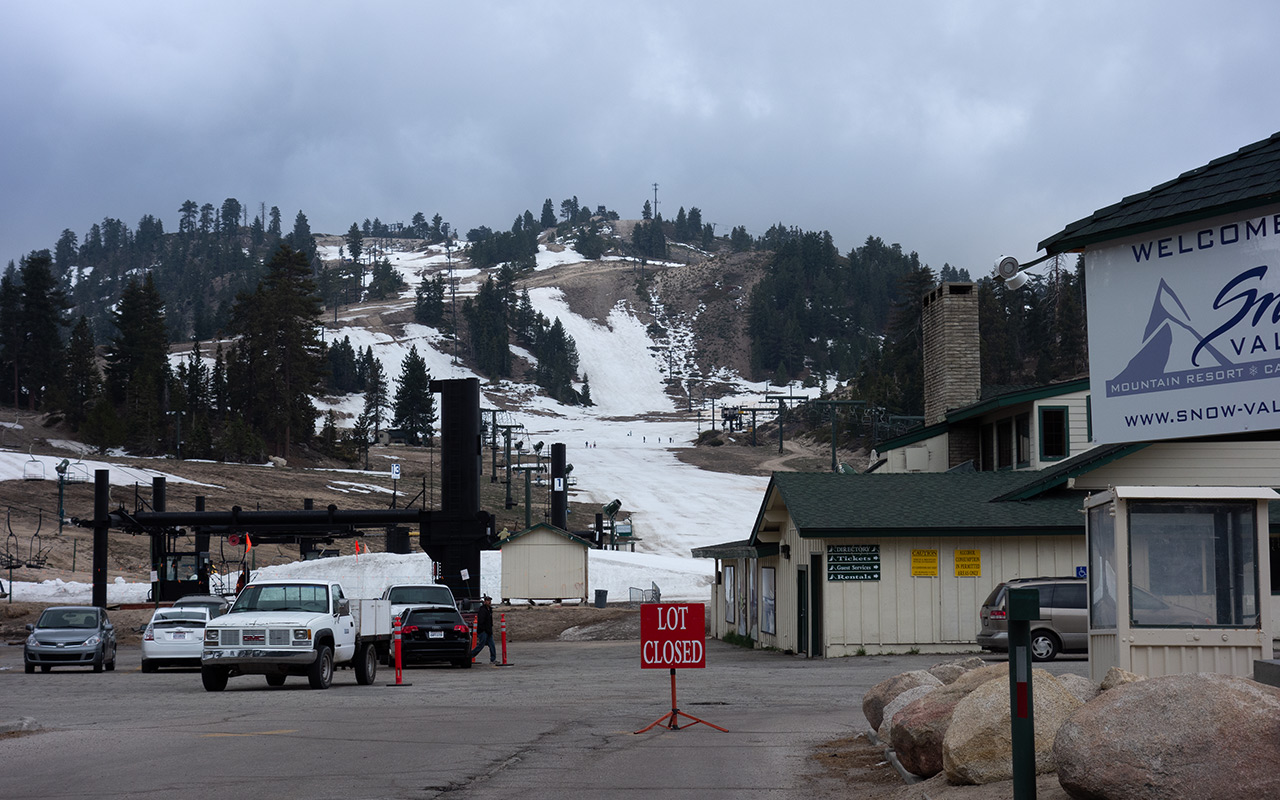 Given what a rotten winter it's been in the backcountry, it was sure a solid season for me and my kids at Snow Valley...at least until today. The kids and I skied Easter 2012 at Snow Valley (which was April 8), and a week later we skied it again, enjoying truly excellent coverage. No such luck this year. With only chair 6 running(!), we drove past today and headed somewhat guiltily to Snow Summit.

That closes out what feels like a season of milestones for me and the kids. In two quick years my son has progressed from a little guy just off the leash to a rampaging six-year-old capable of skiing any pitch in Southern California. And to my surprise and delight, the girl went off the leash this spring, allowing the three of us to credibly ski together as a family.

There will be hopefully at least one more weekend this year for the kids and me in SoCal, and Mammoth beyond that, but I sure felt sad driving past Snow Valley today. There was snow here last Easter! my brain kept shouting. How to reconcile that fond memory with the dirt-and-grass view of today? Too much heat, I guess. Too few storms. Aw, heck.

My daughter and I were at Snow Summit yesterday. Some pretty dirty snow there. Hope you got your half-off on your lift tickets.

If you saw me in the lift line, I had an orange jacket and orange K2 Backups mounted telemark. Did the boys enjoy sharing the slopes with the ducks?

We were all kind of thinking the duck costumes were a little bit lacking :)

Yeah, my daughter donned her wolf hat because, "It's wabbit season!"

My wife and I usually make one trip back to California to climb and snowboard during spring break. Given the snowpack, we went to the Alps instead. I guess we made the right choice this year!

Well it's hard to argue against the Alps any year, isn't it?

The season was a total bust for me. I was going to hit Mammoth over Christmas, but the whole fam came down with a nasty flu that ruined those plans.

I'll start looking forward to your hiking reports. Got any big plans this year?

Well, don't forget Mammoth is still open, and Tioga and Shasta have to be good for at least a trip or two coming up. But yeah, I'm thinking I'm going to have to make up for lost trips this summer. Maybe will turn attention back to the 14ers or maybe PCT...