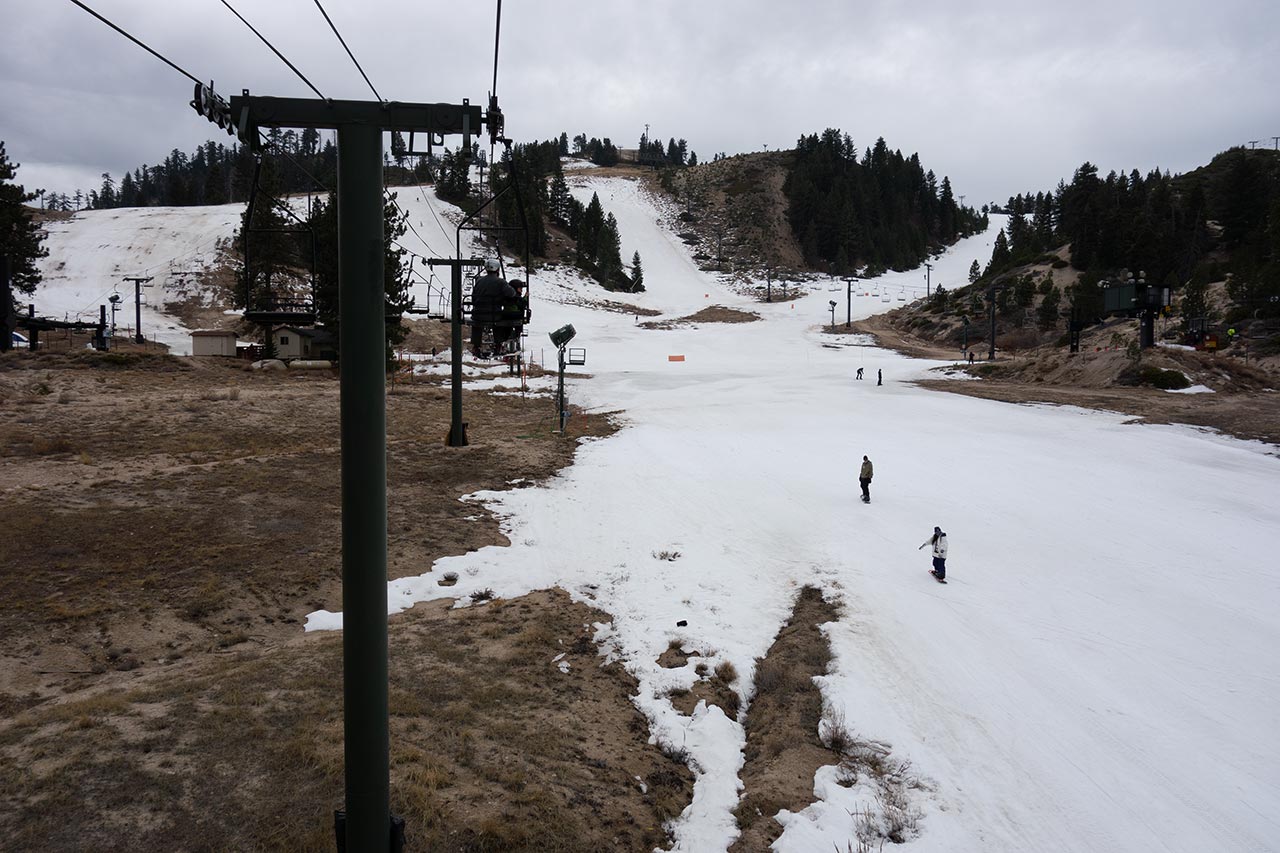 AARRRGH!! Really: Aargh! There's no other way to say it. I feel my stubborn side kicking in, and now I'm wondering: who will quit first? Will Snow Valley management throw in the towel and close, or will I and my kids give up and stay home? Based on the look of things today, I'd have to say Snow Valley has absolutely entered the heroic-measures phase.

Given what they have to work with, they are doing an amazing job. They are furiously making snow, and stockpiling it, and pushing it around to keep those runs open and those lifts turning. Still: Mother Nature won't even grant them a hard freeze overnight, so by 11am today, on an overcast(!) January day, slush ponds sprouted across all the runs, forming yet one more obstacle to avoid, in addition to the now-ubiquitous bare spots.

But despair not; on the drive home today, there was a sprinkle—yes a sprinkle!—of rain on my AWD windshield, enough to require exactly one I say one hit of my wiper blades. One wipe only, true, but that makes the first bit of 2014 precipitation, however marginal, so surely this awful dry spell has now been broken, yes??

Look for next weekend, there's a chance

Raining in Sac area today. Tahoe could get as much as a foot, but snow levels are supposed to be high and double-diamond terrain requires lots more than a foot to be doable.

Kirkwood is reporting 12" of new snow at the lodge, and they posted some great powder videos today. Please, ma nature, send more of the white fluffy stuff!!!

Week of March 17 I'm in Tahoe, will make the daily trek to K-Wood., Meanwhile new skis cry in the garage.

Buy a surfboard? My shiny new ski gear is gathering dust in my closet here in San Diego - my shiny new surfboard is being ridding 4x per week.