Not Another Heat Wave… 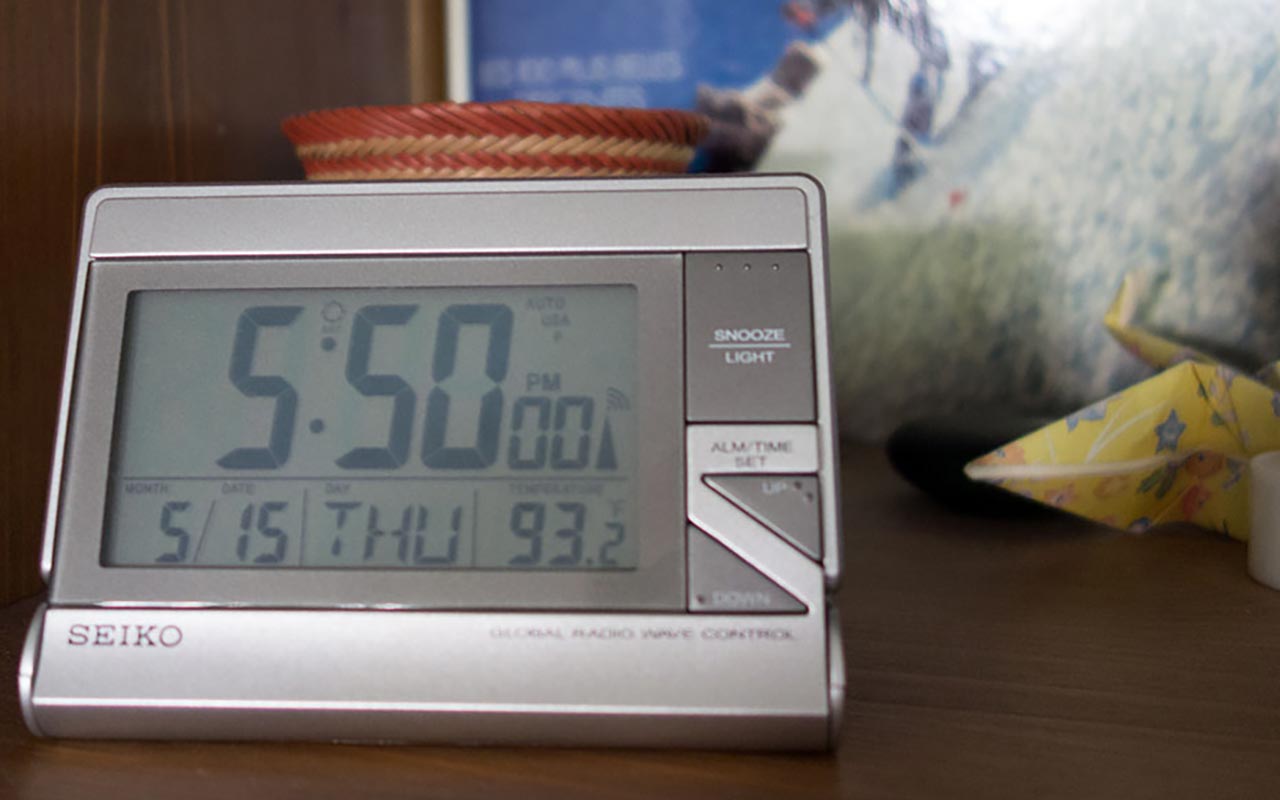 Yes, it's another Southern California heat wave, which means it's time to check in with my living room thermometer: a lovely 93.2°F as of 5:50pm yesterday. Heat waves are not unusual here in the L.A. Basin; for those of you in cold places, the quick primer is it gets hot whenever the winds change direction, blowing not from the wonderfully cool Pacific Ocean, to our left, but rather from the abominably-hot Mojave Desert (home of Death Valley), to our much-too-immediate right.

So: the winds change, we get hot.

For a little more scientific spin, the Los Angeles basin sits below a series of mountains and high deserts. When the wind reverses direction and blows over those features and then down into the basin, it gets compressed. Remember that wonderful old equation PV=nRT? Yes, it turns out High School chemistry has some relevance to our daily lives after all, as the temperature of a gas does indeed vary as pressure changes.

And what is unusual (and of particular interest to those of us without air conditioning) is when those winds change direction. Most typically it happens in Fall, when the sun is at a lower angle, which helps mitigate the overall temperature rise. On the other hand, spring is typically foggy and cool for us. That fog is critical, because it covers up a sun that is otherwise at full-nuking strength.

With the fog, we enjoying absurdly well-mannered weather in which overcast mornings give way lazily to sparkling sunshine, with the fog returning just in time to take the edge of the day's heat and bring things all back to copacetic. Without the fog, spring heat waves coincide with a sun that is rapidly approaching its solstice, making for very long days, indeed.

Our day begins with a button-down in which we close every window and blind in the house, hoping to hoard as much of the nighttime's cool air for as long as possible (and block the rays of the incoming eastern sun). We then watch both interior and exterior temperatures climb. When inside gets hotter than outside, we open up the windows once again, though this often doesn't happen until well after 5pm, and in any case, even without the sun, everything inside our apartment is now radiating heat and stubbornly refusing to cool well into the wee hours.

Fires tend to pop up during heat waves, with obviously dire consequences for those who live in the mountains and foothills. For the rest of us, the smoke blows over, complicating that decision to open up the windows as the heat begins to ebb. All together, it's kind of Hell-on-Earthish when a big heat wave settles in this time of year and refuses to go.

Why don't we all have air conditioning, if savage Phoenix-like heat waves can happen spring summer and fall (and heck, even in winter,too)? Because it just wasn't that much of a problem during the boom years when they built our quality dingbat apartment buildings with their leaky jaloise windows throughout the coastal parts of the L.A. basin.

The heat waves, when they did come, didn't achieve that critical mass necessary to convince people that a/c was something they actually needed. Not so anymore: I would never (again) move into a place in L.A. without central air unless it was within at most a half-mile of the ocean. Maybe a mile if I was feeling reckless. And on that note, I will leave you with these amusing and completely unrelated links, which have a nice bit of symmetry about them...