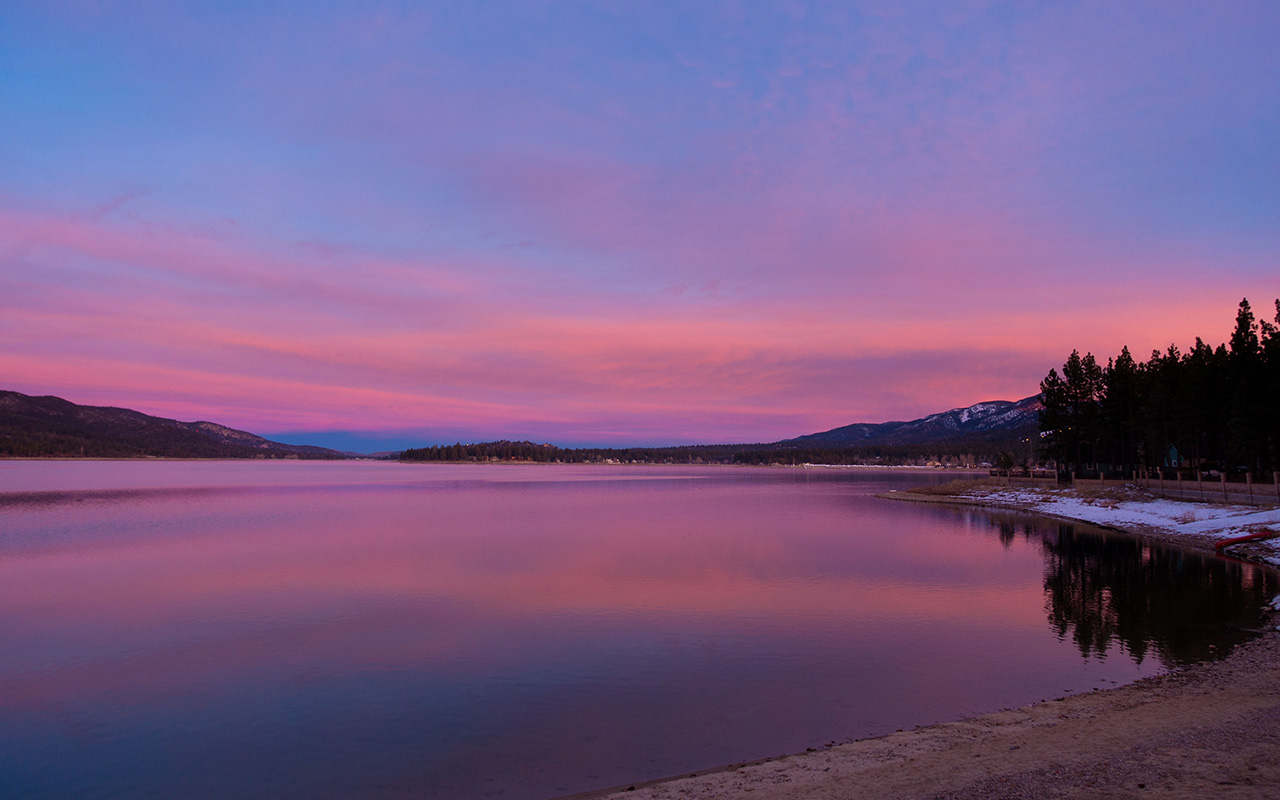 This is not Year Four: I refuse to call it that. Yes, there are indications Mammoth Pass will see its lowest February water survey reading in history, and yes, Mt. Baldy has already given up the ghost here in SoCal, but I am not yet ready to face reality. We still have a solid thirty days or more to choose to believe a March Miracle is coming.

Admittedly I have begun scouring Game-Of-The-Year reviews, but there is no shame in hedging one's bets. There have been California storms this year, but, as Sue points out, they have been water-starved. There just isn't much to say about our (non) Backcountry season. Even Jed seems to be finding other things to do.

Once again, my projects list is collecting dust, along with my Dynafits, but I remain active skiing with my kids, which I find endlessly satisfying. I was sitting in the View Haus at Snow Summit this past weekend, eating lunch with my kids, listening to Bohemian Rhapsody on the PA (a nostalgia overdose, to be sure), and I suddenly realized I was living the dream.

I am living the dream. I get to ski with my kids, listening to my 5-year-old spontaneously sing the chorus from the Down Boys as she skis Summit's steepest run, Olympic, top-to-bottom. I get to watch my son try to master the synergies of counter-rotation, anticipation, and edging while Dad demonstrates the art on his Course Ti's.

It is bittersweet, of course. This sport, this art, this way of life I love, is endangered. We all know it. From my desk in West Los Angeles I try to formulate coherent words on the subject, but there are none. As skiers we are canaries in the coal mine, teaching a dying art in the hope that somehow, in some way, our traditions will endure.

There is tomorrow, and there is today, and each deserve our attention. So long as there is snow I will keep skiing it, and writing about it, and loving it. And I will also try, with a minimum of mawkishness, to write about our changing world. To live is to carve out moments upon a fleeting surface. Though this brave new future of ours may feel different, it too is but a new wrinkle upon an ageless theme.

I'm also trying to be optimistic and believe a March miracle is coming. I read a report this week that suggested, based on studies of tree rings in California's bristlecone forests, that one has to go back over 1,200 years in tree ring history to find a drought as bad as the one we are currently in. That makes this a 1,000 year event. Sure adds perspective for how serious the situation is.

Having said that, I also fear that with climate change we may be looking at the new normal here. My skis are busily collecting dust in my garage. I would love to take them out for a spin, but refuse to pay $100 to ski crap snow. C'est la vie.

Nice words, Andy. I have 5 month old twins and I've often pondered the issues you raise in those that three paragraphs and come to generally similar conclusions.

Dan, when I was working in the water industry 3-5 years ago, the climate models for the Sierra I remember seeing weren't as dry as we have it now. Sure AGW broadly means greater variability, but the Sierra is forecasted to remain generally the same (or even higher in some models) for general precip amounts, but with snow levels rising high enough to make ski seasons really hard to maintain from year to year at common resort elevations. Again, it's been a couple of years since I was really into the models, but our current drought isn't *necessarily* indicative of our warmer future. That said, as Andy noted sort of noted, the paleo climate record for really the entire American West was significantly drier than the 20th-century average.

Andy, I have been through the same kind of thing with my two young men, avid skiers still at 27 and 23. Watching those first carved turns when they were little gave me a lump in my throat!
Living the dream, yes - you get off the lift, and you're on top of a mountain in the winter! How cool is that? How many people get to do that? Then to descend, too? Whatever the conditions, that is pretty great.
Look at the snowfall records we have for Donner Summit - 1924 through 1931 was dry like 1987 through 1992. Then of course there was 1976 and 77 - yikes! We have been here before - we just have lots more people here now. It will snow again, we'll be able to flush toilets again, there will be those magic powder days - but it sure is hard to remain patient! Hang in there, everyone!

Great job with the kids Andy. Always thoughtful and measured in your approach with your wee ones. This can be a hard sport to learn and so easy to loose interest for the little kids or worse, scare them, freeze them etc. My 3 still go with me and my grand kids are nearing the starting gate for next generation of skiers.

Regarding the climate issues I've made similar comments to Kevin's and too am optimistic that this is cyclical. NOAA recently reported that the current drought is La Niña related, I.e. cyclical. I've read the "atmospheric river" may be dropping our way next month, add some cold temps and were in business. If not, you can say "I told you so" and I will enjoy a tasty main course of crow. Meanwhile we will all look forward to Andy's new website Sierra Ascents: epic stories of winter back packing and t shirt wearing climbing trips in the High Sierra.

How does this year's Sierra snowfall stack up against last winter?

This may not be a perfect comparison, but it looks like this year is even worse: http://www.nnvl.noaa.gov/MediaDetail2.php?MediaID=1671&MediaTypeID=1

Hey Andy-
Funny how you have a ton of comments on this post, and I will echo some of them. I am finding awesome joy in skiing with my daughter who has become quite the ripping skier this season. Though, Tahoe is lackluster, we headed to the Canyons in Utah and skied endless groomers which I have a new found love for since skiing with her. She skied the pow in the trees which was boot high and she couldn't have enjoyed it more, and neither could I! Enjoy the little things, it makes all the difference! Life is grand.