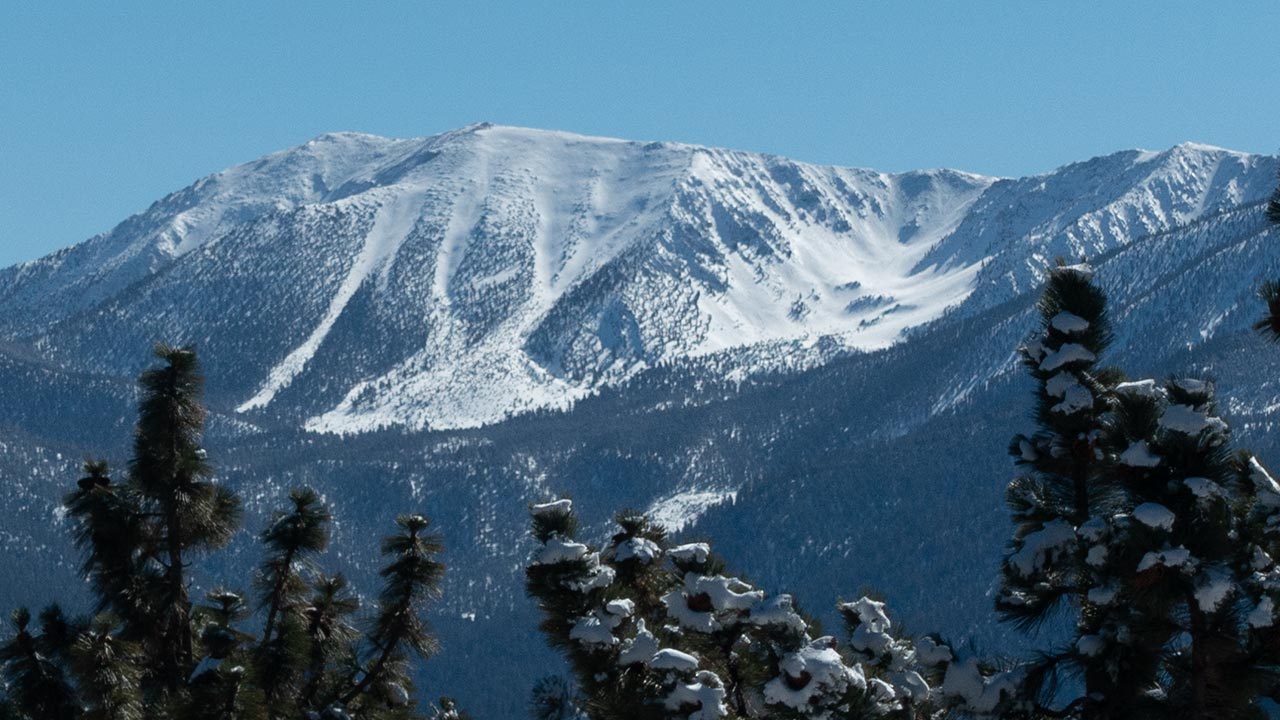 Yes, there it is, the continuing siren of San Gorgonio Mountain's north face, as seen yesterday from the View Haus at Snow Summit. Sorry the photo quality is so poor: one of our cost-cutting measures over the summer was to sell the Nikon and the long lens, which leaves me (temporarily, I hope) without a good way to get telephoto shots.

My take remains: those are skiable quantities of snow up there. But the more important question is whether or not it is a skiable quality of snow. The answer I've gotten throughout the season so far, from those who've braved the hike, has varied from "not enough snow" to "worst skiing of my life." In other words, it looks good, but looks can be deceiving.

I am waiting for the sun to get higher. If I had no daily responsibilities at all, and I was bored, I'd go up there myself, if for no other reason so that I could claim some boots-on-the-ground credibility. But, I have to pick my spots (like you, I assume), and I'm not picking that drive plus that hike just to write back and say, yup, it sure was crappy!

Regarding the sun, once it gets higher, and more reliably consolidates that white gleaming shield of snow, your only concern will be timing temperatures and wind so that it's not bulletproof ice. Or melted-out rotten. Or who knows what else is lurking up there. So that's my story: I'm still waiting for it to season a bit.

Was there looking at the same thing Sunday and wondering the same.

The cost benefit analysis for an SG mid "winter" trip seems sound. Cool if not sobering NOAA sat picts. I've seen similar images from previous years. I wonder if anyone has studied the impact of countless miles of early season green on CO2 levels. You would think an added few months of green times a bazillion acres would produce a whole bunch of O2. Anyways about tired of that bi.... La Niña, really want to see her bro next year. Howard says a Mammoth burial is pending but Ben says we're in for "nice" weather for awhile. Nice, NICE!? How bout some freakin' snow, THAT would be nice. On the plus side, finally heading back to try out the bad ankle at SS next weekend after 8 weeks so at least there that.