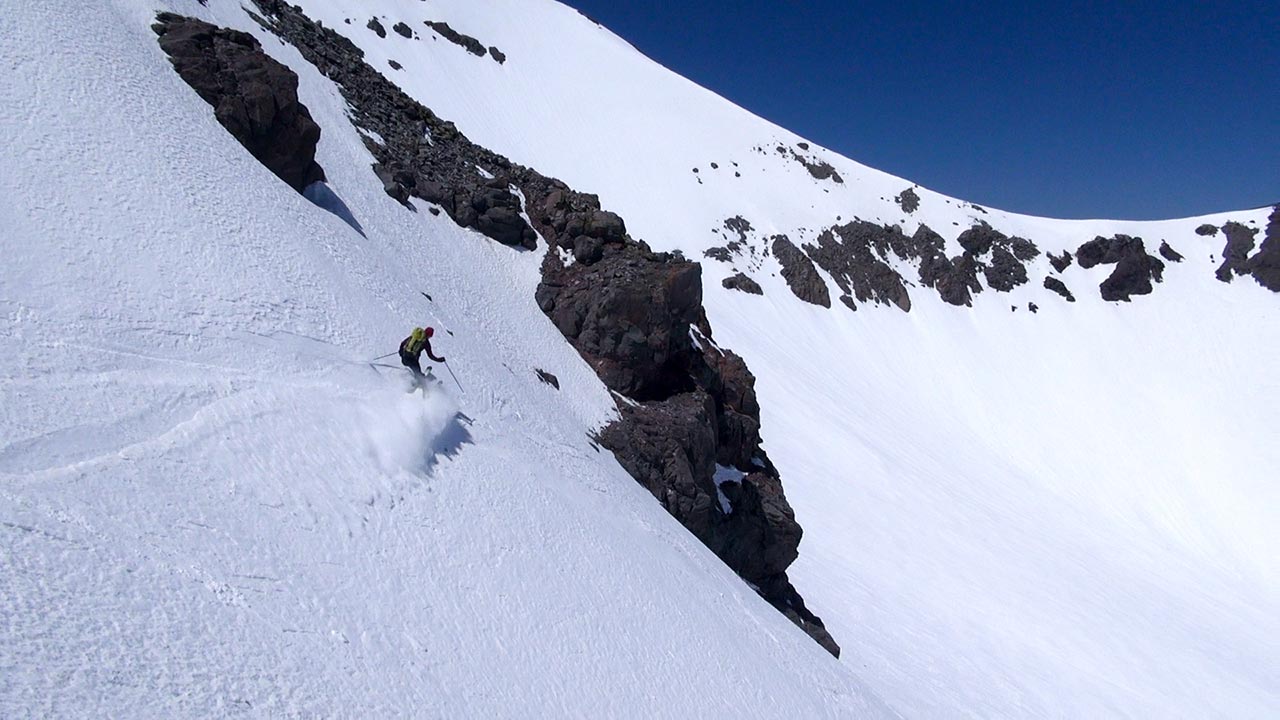 A sad bit of news I unfortunately have to report following the WWSRA demo at Mammoth Mountain is word the Kabookie will not return for the 2015-2016 season. As the metal-free version of Blizzard's smash-hit Bonafide, the Kabookie's niche was always precarious: a little too heavy by modern touring standards, yet also a little too light in the eyes of Alpine skiers.

Consequently the Kabookie had a hard time finding an audience. In contrast, there was no such hesitation with regard to the Bonafide; the ski industry and the ski-buying public embraced the Bonafide as a modern, GS-based alternative to Volkl's venerable Mantra, a best-of-breed All Mountain masterpiece.

The Bonafide's acclaim and popularity were absolutely deserved, but I'll tell you a secret: the Kabookie was the better ski. I've owned both and skied both extensively. The Kabookie gave us the best of the Bonafide in a lighter, snappier, feistier package. Without the full metal jacket, it was subtly softer, and that modest difference made it less vulnerable to "flip-core" rocker's tendency to aft-balance the ski.

Did the Kabookie suffer for lack of metal? Not in the least. The ski still had a metal plate beneath boot and binding which gave it effectively the same hard-snow edge grip. As ski design continues to evolve, we are learning that full-length metal layers don't really make sense in today's All Mountain skis, save for true Big Mountain riders (a niche the Bonafide was never targeting in the first place).

I initially bought the Kabookie as a touring ski on basically a whim and an SIA-demo memory. I soon discovered the ski was massively versatile—better than anything else I'd ever tried not just for All Mountain touring but for in-bounds skiing as well. I've since added another pair to my collection, so that I have one mounted with Dynafits and one with Look Pivots.

A testimony to just how good the Kabookie actually was comes in the form of the 2015-2016 Bonafide: it has been redesigned to make it more like the Kabookie. I would argue if Blizzard had merely repainted the Kabookie red, and stamped it "Bonafide," the ski would be dominating next Fall's best-of lists across the ski media landscape.

But that's another story. For now, you can still get the Kabookie, and if you're in the market for a true All Mountain carver, you'll be hard pressed to find better. Yes, the Kabookie will be reborn in 2016 as a light carbon tourer, the "Zero G", but my initial impressions of the new Bonafide (which is also carbon-infused) were mixed, to say the least. Farewell Kabookie!

Andy, the subhead at the top of the page under Sierra Descents.com is a nice touch. Nice job.

22% of the Kabookie at one UK retailer.

Andy
Love your reviews! I'm 165 lb, a bit old school ski instructor.
Your reviews of skis I love and don't love align with my reactions ..... Can't part with my 2011 Mantras love my Soul 7s when it's soft.
Sort of like My Bonefides ... But sold them ... And never got to try a Kabookie. I might have missed my perfect "dance partner"!