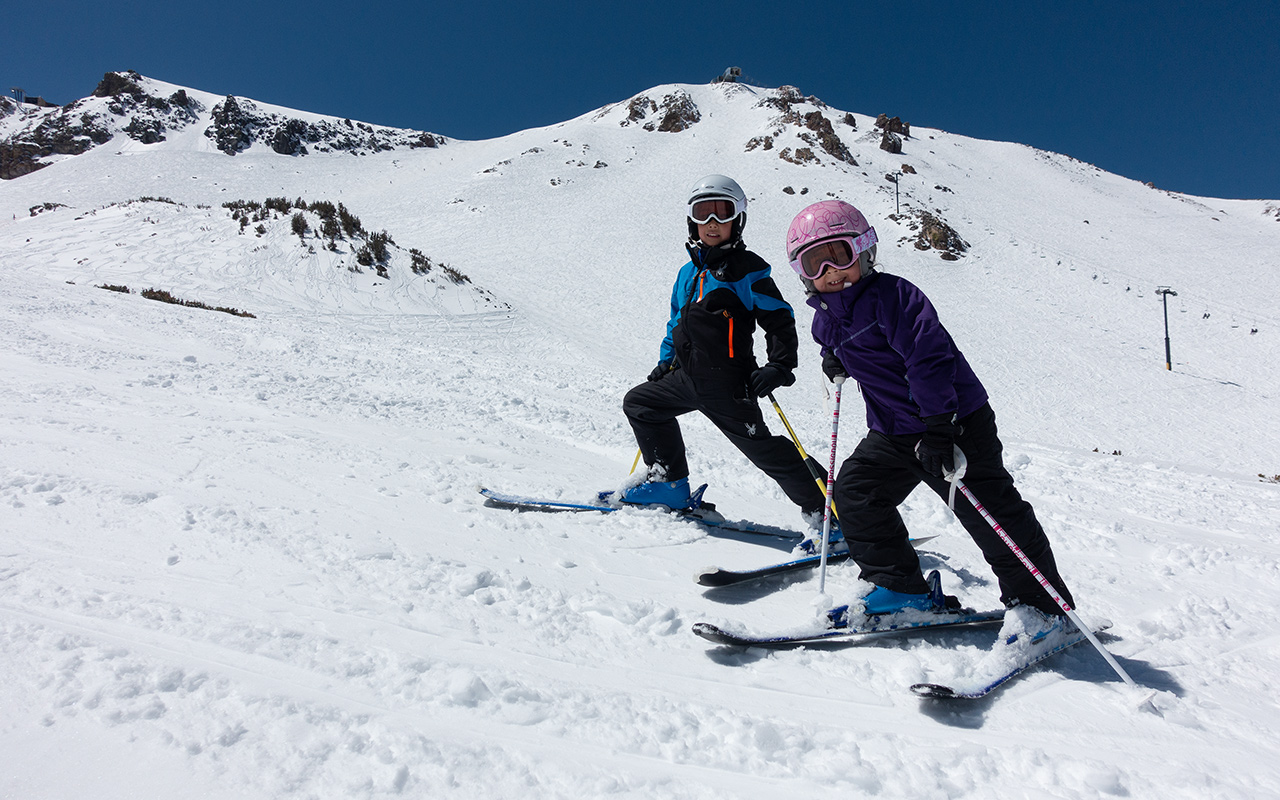 What happened? I think I can safely speak on behalf of most Californians when I say 2014-2015 was not the winter we were hoping for. Coming fresh on the heels of last year's rock-bottom season, 2015 was a you-ain't-seen-nothin-yet warning shot whose consequences are already reverberating around the world.

So, we will no longer argue it can't get worse. It can, and it did.

Over at ESAC, Sue offers her season summary, in which she notes skiers are "modifying their recreational activities" in response to low snow winters. Yes—I myself began pondering a shift to summer hiking and climbing well back into March. "Just get it over with, already!" became my recurring (and shame-inducing) thought.

Sue skates around the elephant in the room; I'll take a more direct tack: do we now have our proof that AGW is real?

No, and we never will. No matter how aberrant the weather, we will never know beyond any doubt whether it was a stunningly unlikely one-off event or a direct consequence of the massive and effectively irreversible alteration of our atmosphere, climate, and planet currently being implemented by humans.

Others disagree. It's getting harder to ignore things like this or this or this!, but for those of you who still prefer to read things like this (one of my personal favorites), forgive me for pointing out that the very same people who pay to beam this nonsense into your brains have also, for years, been diligently preparing for how best to make money in a warming world.

So: Enough of that.

Some of us coped with winter 2015 by traveling to other places. California might have finished up with a reported 3-5% normal watershed snowpack at Mammoth Pass this year, but other states fared better. I certainly won't criticize any of you who turned to such infidelities, but for those of you who, like me, mostly stayed home, there is a certain satisfaction to sticking with the old girl, even when she's going through a rough patch.

I love the Sierra!

We've come through this year, if anything, closer than ever, snow or not. And while the backcountry did not much tempt me, I had a fantastic season skiing inbounds with my kids, primarily at Snow Summit and Mammoth. Of Mammoth, in particular, I have to say a few words:

Instead, Mammoth put forth an absolutely heroic effort to keep those lifts turning, culminating in an extraordinary Memorial Day closure that offered (for me, at least) some of the best skiing of the entire year. To Mammoth Mountain and the entire staff, top to bottom, thank you! You showed incredible determination, tenacity, and heart—and you made my season.

On a technical note I feel compelled to tell you that madman Howard says we are now, officially, today, in a moderate El Nino winter. It came! It came! It finally came! No word, of course, on whether the pattern will persist into next season, but you know Howard himself remains an optimist :).

Finally, I may be hanging up my skis, but there is snow to be found on the highest north-facing snowfields, plus Shasta, so don't let my shift to summer prevent you from chasing a few more turns yourself, if you're so inclined. I would be particularly interested in Dana right now, or perhaps North Peak. You might find something around South Lake as well.

The Sweetgrass movie Signatures concludes with a quote from a father to a son about respecting the turn of the seasons, and throughout this winter, I found myself reflecting upon it. We are skiers, yes, but we can still adapt to a changing Mother Nature and what she offers us. So grab that bicycle or paddle board, your climbing shoes or hiking boots, and find your passion this summer.

Thank you everyone for a great year!

I so enjoyed your awe, wonder, gratitude and willingness to change and flow with changing conditions while inviting us to ponder our way out of AGW together. It reminded me of one of my heroes, John Muir. Here are some favorite quotes:

Trees go wandering forth in all directions with every wind, going and coming like ourselves, traveling with us around the sun two million miles a day, and through space heaven knows how fast and far!
Read more at http://www.brainyquote.com/quotes/authors/j/john_muir.html

Thanks Andy for always keeping it real and for always being the eternal optimist in spite of overwhelming circumstances. I too am in love with the Sierra and will never stop calling it my mountain home.
The summer season is here now so let's go get some!

Anyone know if there's still any skiable snow on Gorgonio? Or is that way out?

I bet you can find a snowfield--but it might be a really small one. :)