Notes For A Film 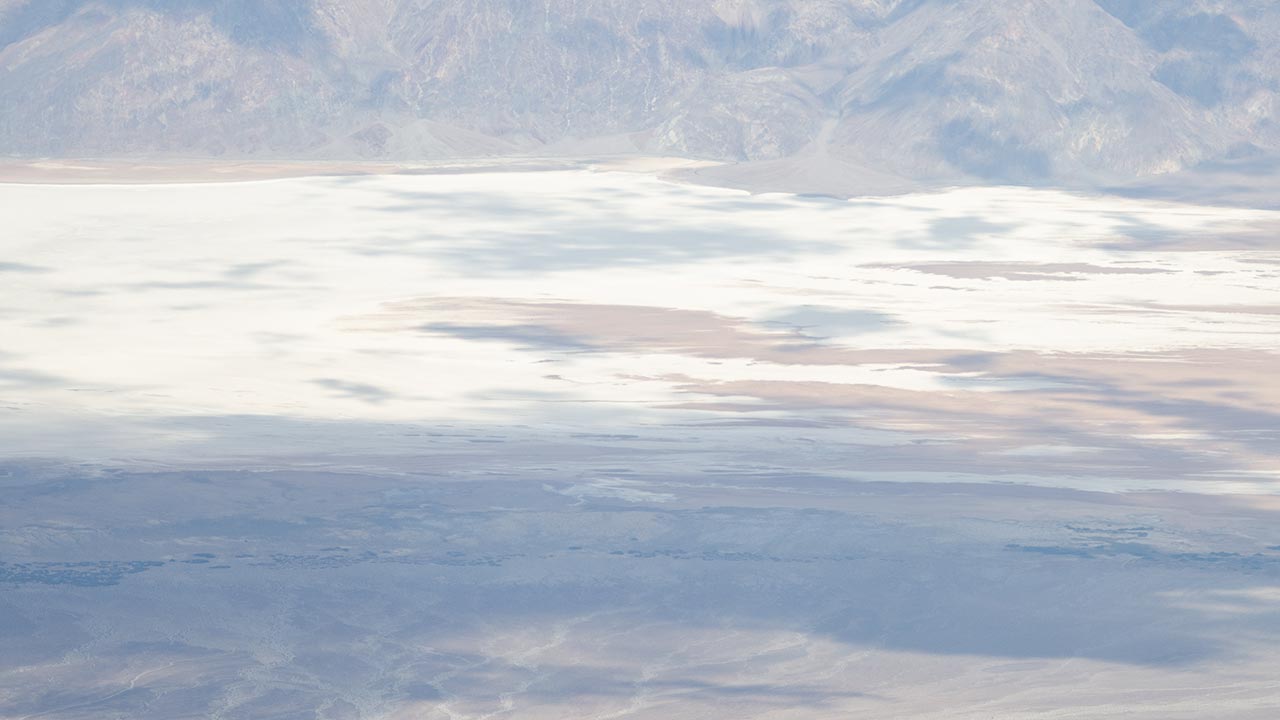 (characters will interact/argue with narrator)

SUPER: "If Beauty is in the eye of the beholder, what then is Madness?

FADE IN on Badwater, heat rising off the desert.

In the distance, a ghostly apparition manifests...

It's DAVE BRAUN, skinning across the sand—yes, on skis and skins, snow nowhere in sight, crossing Badwater.

Camera circles Dave to reveal ANDY, ahead, standing, with skis on back, peering through an old-fashioned mariner's telescope.

NARRATOR: My name is Andy, and I am strange.

DAVE: What do you see?

ZOOM to Telescope Peak, rising over 11,000 feet above Badwater, snow-capped.

Found this dated August 22, 2011 in one of my journals. This was after Dave & I skied Iron Mountain. The following year I made a film of that experience called The Couloir to Nowhere, and after that I began thinking of a followup project. That effort, alas, never happened. Instead came the great 4-year drought. Will I ever do something like Badwater to Telescope? I don't know. I'm not sure I rank high enough on the crazy meter these days. Still, it is fun to imagine what might have been...

Do it. Foresight and prudence are for those who finish second.

BRING IT, YOU BASTARD NINO!!!

That looks like brilliant writing even without specific peaks or markers. With the setting of the skins on sand, starts it off with really good conflict, extremities of weather and nature, it is a brilliant start to a hell of a ski snow backcountry movie. I have cameras, a split board and fond degree of madness if you'd need help?