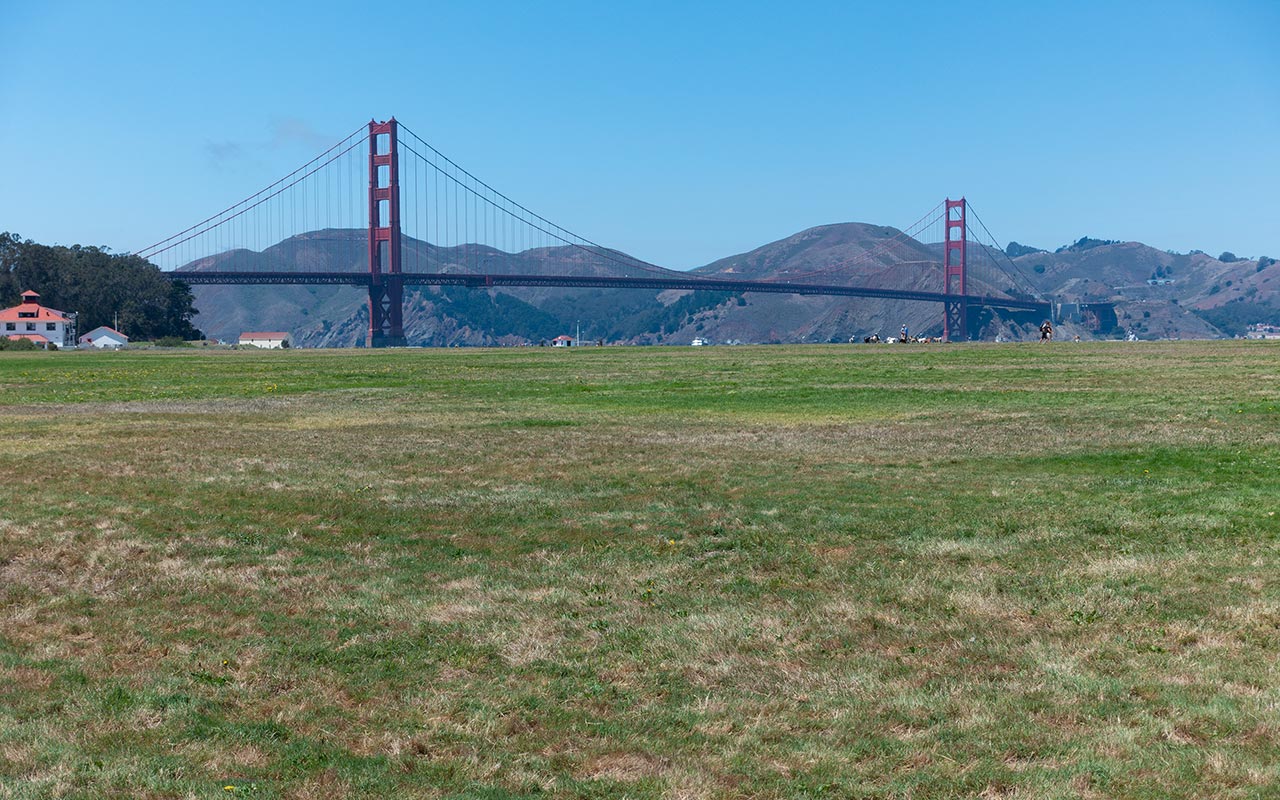 How bad is California's drought? San Francisco Bay is now a wide, grassy plain, completely devoid of water. Desperate locals seeking affordable housing have already begun building homes on the new ground, though there is a proposal to preserve it as the world's largest dog park.

Is San Francisco getting less foggy?

We enjoyed some of the sunniest summer days I've seen in the Bay Area this past week. On Wednesday, when we visited Chrissy Field, I think the temperature actually pushed into the 70's. The day was sparkling clear and windy—perfect for windsurfing, if anyone still did that (they don't, apparently).

We saw whales. This was my first whale watching tour, and I can report that the whales were big. As they're swimming they have a curiously serpentine appearance (I thought they looked just like those old sketches of giant sea snakes) since you can't easily visualize what's underwater.

Later, we found a hovering bird near the Golden Gate, so at least someone (or something) was windsurfing, albeit without sail. Or board.

California is a big state. That is my big thought, post-North Cal road trip. As always I feel I've been remiss in my exploratory duties—there is so much of our great state that is worth seeing. We drove a few small pieces of Highway 1 along the coast between San Francisco and Monterrey, and each time we entered a new, magical little town, I told my wife to check the house prices.

We'll be moving as soon as they get that bullet train to Mammoth built.