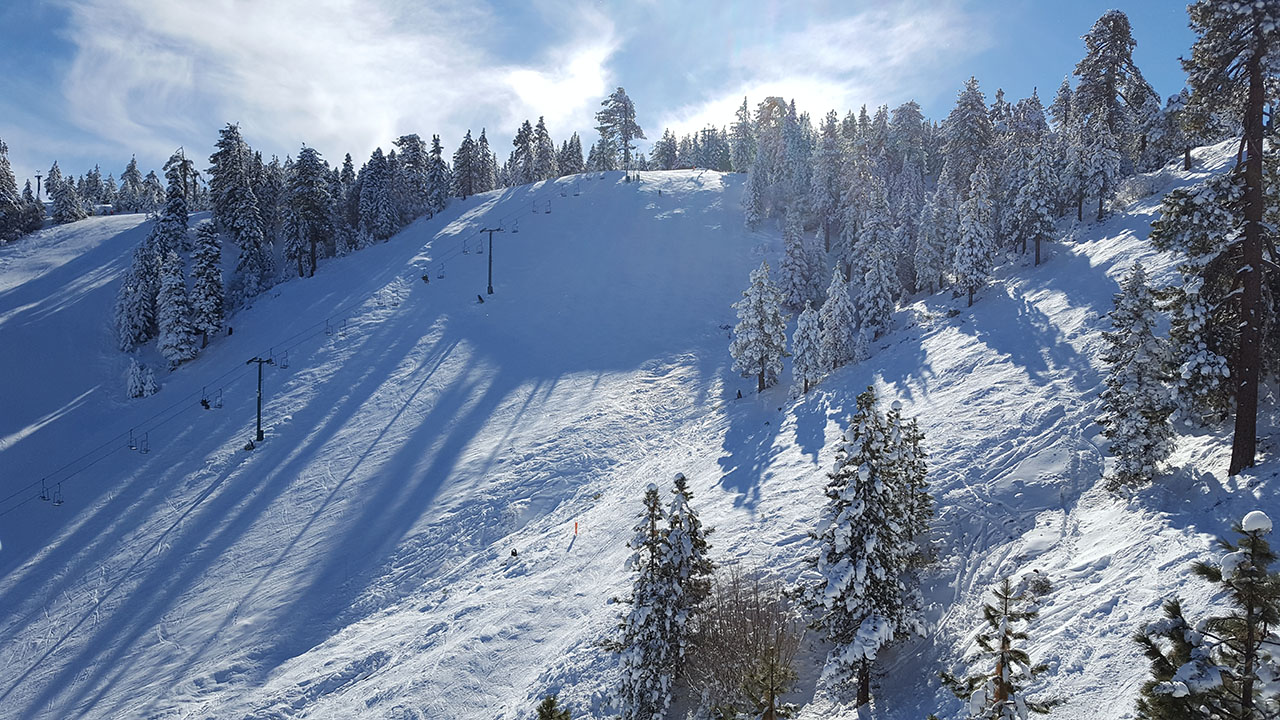 Southern California dead-enders rejoice: 2017 will finally mark the end of the past semi-decade's accursed endless summer. Across the Southland there is snow—and lots of it.

Best of all, a series of cold storms is fast approaching, with some forecasts calling for as much as four feet of new snow for the SoCal mountains.

Crap—I guess I should have been doing my exercises. I mean, I thought we'd all agreed we were just going to retire to drinking Chardonney and posting occasional ennui-laden diatribes on Facebook. Now what?

Guess I'm going to have to go root out the gear and see if any of it still works...

and Mammoth is 20" shy of an all time January record with 3-4' predicted by Howard S and almost 2 weeks left in the month. And Ben is predicting 2-4' with this next series.

I skied Baldy last weekend and it was fantastic. Hardly anyone there, loads of snow, variable conditions, all lifts open . . . magical!