At Least We Have The Beach 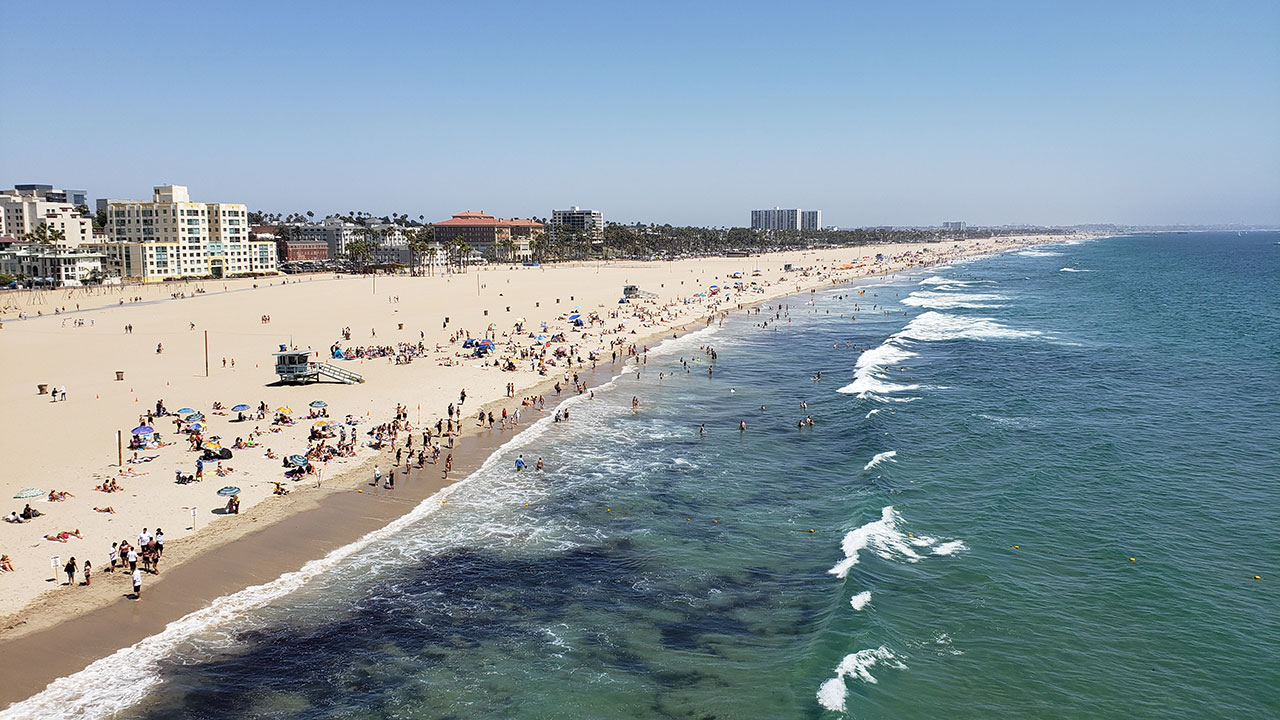 I am sorry—I just can't bring myself to write about the California wildfires. If you want quality coverage, there is of course the LA Times, but also Daniel Swain's twitter feed is very good (he is a climate scientist at UCLA).

Also worth your attention is this Arizona Republic feature on the effort to save the state's Ponderosa Pine stands (the largest in the world). They ask the question, How much can we save? The answer is about 50%—or so they hope.

No, it's not dystopic science fiction, it's an actual restoration plan (aka aggressive thinning) to save the state's most defensible groves. Absent such action, the baseline assumption is that all of Arizona's forests will be destroyed by megafires by the end of this century.

So saving 50% would actually be good news, I guess.

Here on the coast, it's been a warm but otherwise quiet summer. We are generally having foggy overnights, as you'd expect, but the ocean surface temps have been running some ten degrees above normal, making for warm rather than cool fog: good beach weather, but pretty sticky around the house.

In Sacramento we have had smoke, smoke, smoke ... like, the air quality is so bad the authorities don’t want people exercising outside bad. Our pool hasn’t been used in about a month as a result. What will the world be like in a century? No more snows on the high peaks of Africa? The Sierra largely becomes a desert mountain range? Who knows ...

Two summers ago, the Pacific surface temperatures were extremely warm and we ended up having a pretty good dumping by the winter.

So, I'm wondering if we can expect the same?

There is more moisture and humidity which makes me positive for this winter.

In a book "1491" by Mann, he makes the case that most forests were managed by man. Even going so far that "rain forests" in times of old were never really natural, but moreover, the rain forest wouldn't have as many species of trees if man didn't intervene through clipping, harvesting and planting. Namely, if we let the forest do its own thing, we will have less diversity. thinning Arizona by 50% sounds scary but hopefully the arborists know what they are doing.

I'm skeptical of claims humans had a meaningful impact on forest (and especially rain forest) diversity in the New World.

European forests, on the other hand, were heavily impacted, and not for the better.

What they're trying in Arizona is to restore forests to their presumed pre-human state. It's an interesting experiment--especially if they're right about the primordial forest density rates (see article).