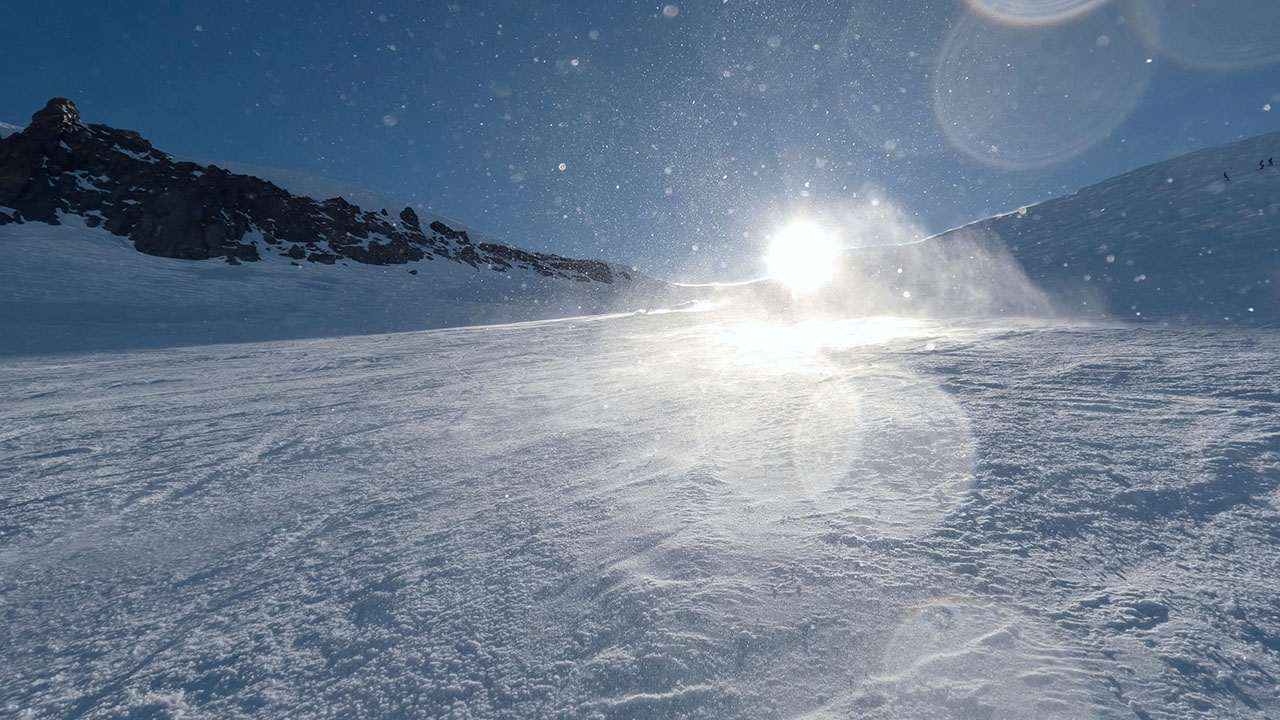 After the forced hiatus of last year, I very happily attended the 2022 WWSRA on-snow demo at Mammoth Mountain this past week, testing skis in the All Mountain and Touring categories.

In contrast to previous years, rather than trying to identify 'good' versus 'bad' skis I was more focused on comparing and contrasting skis within the same category, in the hope that that will better help you find the ski that's the best fit for you.

There is some value in watching these in order (if you can stand that much of me), as you'll be able to see how my reactions evolve from ski to ski. Though in some cases you can purchase them now, please remember these are all 2022-2023 skis.

Blizzard Bonafide. For Fall 2022 they've moderated the Bonafide's formidable edge grip and stiffness—but just a tad. Best for heavier, stronger skiers who want the feel of a World Cup GS ski in a 97mm All Mountain chassis. Extraordinary in its preferred (long-radius) turn shape; not so versatile everywhere else.

Blizzard Rustler 9. I own and love the Rustler 10; it's a playful soft-snow specialist with some hard-snow carving ability. With its narrower, 94mm waist, the Rustler 9 is carvier, as you'd expect, and maybe the more versatile of the two.

Nordica Enforcer 100. The revised Enforcer's rocker seemed a little off to me in 2020; I am happy to report the 2023 ski is excellent. Better turn-shape versatility than the Bonafide while still offering lots of edge grip. Easily one of the best in the AM space.

Fischer Ranger 102. If you like a more active and traditional ski, Fischer's revised Ranger is pure magic all over the hill. Insanely sweet from edge to edge, with excellent turn-shape versatility. This one made me cry!

Rossignol Sender 104 Ti. The all-new Sender is designed to excel at everything from surfy/smeary skiing to hard-snow carving. Notable for its looseness about the center of the ski, the Sender is not as grippy as the Bonafide, but is better balanced and more versatile.

Head Kore 99. Unchanged for Fall 2023, the Kore is one of the lighter skis in its category, while still being relatively damp. If the quietness doesn't bother you, this is a standout AM performer that slightly favors shorter-radius, slashy turn shapes.

Atomic Maverick 100 Ti. Based on Atomic's description, we expect an All-Mountain generalist; what we get instead is a long-radius specialist. Stiff and strong. Not much versatility here, but within its prefered radius, among the most thrilling turns in its class.

Atomic Bent 100. A bit of a question mark here: as tested the Bent 100 was unpredictable and even grabby on hard snow. Versatile, but spoiled by inexplicable harshness underfoot. Possibly a tune issue—be sure to try before you buy.

Black Crows Navis Freebird. Just under 8lbs/pair, a heavier touring ski, but quite credible on hard snow. Generally fine across the hill, but certainly outclassed by some of the other skis in this category.

Blizzard Hustle 9. The Hustle is a new Fall 2022 ski from Blizzard, available in three widths. The 9 is 94mm underfoot. Similar to the Rustler series, but also perhaps a bit like a rebooted Kabookie. Outstanding ride and feel on harder snow; a viable Alpine ski for lighter riders. At approximately 8lbs/pair, maybe not the best pick for powder touring.

Blizzard Zero G 95. 5.3lbs/pair! Minor stiffness tweaks make the Zero G a tad sweeter underfoot for 2023; astonishing carving and hard snow performance for such a light ski. Some skiers will find this a little too twitchy. Powder riders may want to look to Black Diamond's Helio, which is also made by Blizzard.

Black Diamond Helio Carbon 95. No, you don't get the Zero G's hard-snow carving performance—but do you really want that in the backcountry? Pick the Helio for powder; lots of soft-snow sweetness, with credible edge-grip when you need it. Also available in a 104mm width. 6.17lbs/pair.

Fischer Hannibal 106 Carbon. Not quite a slimmed-down Ranger, but you do get at least a bite of Fischer's hard-snow magic, plus plenty of soft-snow delight. As a lighter skier, I would pick the 96mm version. A very reasonable 6.8lbs/pair.

Since winter seems to have just gone away again, how was the snow?

Given they've been dry since the end of Dec, it was a lot better than I was expecting. Upper mtn was hard and firm as usual, but coverage was good and machine-groomed on the runs was skiing very nicely.

Just like Dan to steal my question (great minds). Thx for both reports. I got the Volkl Mantra M6’s last March, had them on when I ran in to you + kids at MM in May. Smokin’ ride, edge hold, short/long radius, slow/fast, quick edge to edge, solid in bumps, fun pow rider to in 6” at MM last April, good tool for variable conditions at MM…recommend readers include on their test list.

Update:
Caught the 2-23 pow session at Summit. 19 deg 8-12” shred fest, my M6’s did not disappoint. I thought going from 106 (Soul 7’s) back down to 96 would compromise the float. Me thinks having a stiffer board, subdued rocker, with about the same tip size approaches the magical combo for all mountain/all conditions tool. They seem to allow greater speed and fall line fidelity in pow bc the boards don’t fold easily at the gravity crunch of the turn before the weight transfer all while remaining remarkably forgiving. They’re a crud buster as well. BC of a greater edge set ability, over the admittedly soft snow 7’s, the mixed fluff/ice/bump/small pillow left overs could be crashed through with confidence. The 7’s also excel in these conditions but won’t allow the faster pace of the M6’s. As Andy once clarified, the criteria for a resort pow ski is not only joyful riding during the frenzy but afterwards before the plow arrives. M6’s answer this call for me at 6-2, 220#.

Do you ever demo any skis in the 80-90 underfoot range? I don't need the "float" or perceived stability of a wide ski because I spend my time on narrower race and touring skis.