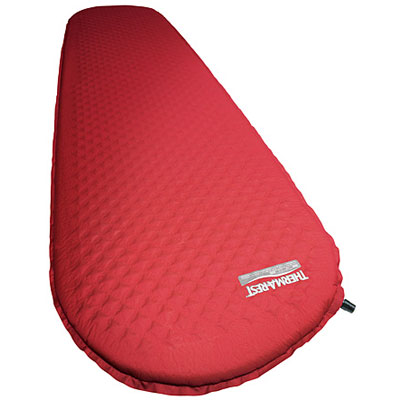 One of the things I didn't mention about my recent Pacific Crest Trail hike was that I froze my butt off at night. At first, I was convinced the problem was the sleeping bag I'd chosen: Marmot's 30° Hydrogen. Since it was mid-August, I was anticipating temperatures to be mild. Instead, overnight lows dipped down right to freezing, even leaving a bit of frost on the coldest morning at Crabtree Meadows.

That left me on a multi-day trip with what seemed to be an inadequate sleeping bag, making me dread each coming night. As I lay in bed, shivering, wearing all my clothes, I kept thinking there had to be a solution I was missing. But what? I didn't have any spare blankets with me.

Actually, I had a rain fly. So, on what would prove to be the coldest night, I folded up my tent's fly (there was no risk of rain) and tried using it as a blanket. Surprisingly, the fly added quite a bit of warmth—though not enough for me to sleep comfortably. The fly also trapped all outgoing moisture, so that my bag and I were soaked in the morning. Not so good.

On that cold, wet morning, a thought suddenly occurred to me. I reached underneath my torso, feeling the ground beneath my Thermarest sleeping pad (a three-season Prolite 3). Guess what?

The ground was warm.

Mind you, that heat was NOT coming from geothermal deposits. It was my body's heat, bleeding through my sleeping pad and being sucked into the ground, which was acting like one giant heat sink. The problem wasn't my sleeping bag, after all. It was my pad. The ground was too cold for a three-season pad.

Insulation (as in R-Value) was a significant liability of the early Thermarest pads. Inflated as they are with air, they tend to allow air to circulate within the pad body, which is exactly the opposite behavior that good insulating materials exhibit. The modern "Prolite" Thermarest pads are definitely better in this regard—they do a better job creating trapped air pockets, but they're not perfect.

With temperatures dipping near freezing, it turns out that cold, damp ground (even grassy areas) can act a lot like snow, requiring more than just a three-season pad. A closed-cell RidgeRest pad would have done a better job, or Thermarest's four-season Prolite-4 pad. But the Prolite 3 was unable (for my body) to keep me warm.

Knowing that I was losing heat into the ground gave me a way to tackle the problem for the remaining night of the trip. My backpack has a small removable foam bivy pad, which I placed beneath my torso. That small addition of insulation beneath my Thermarest pad made a huge difference. My Hydrogen bag suddenly felt ten or more degrees warmer, and I slept comfortably that night with less clothing.