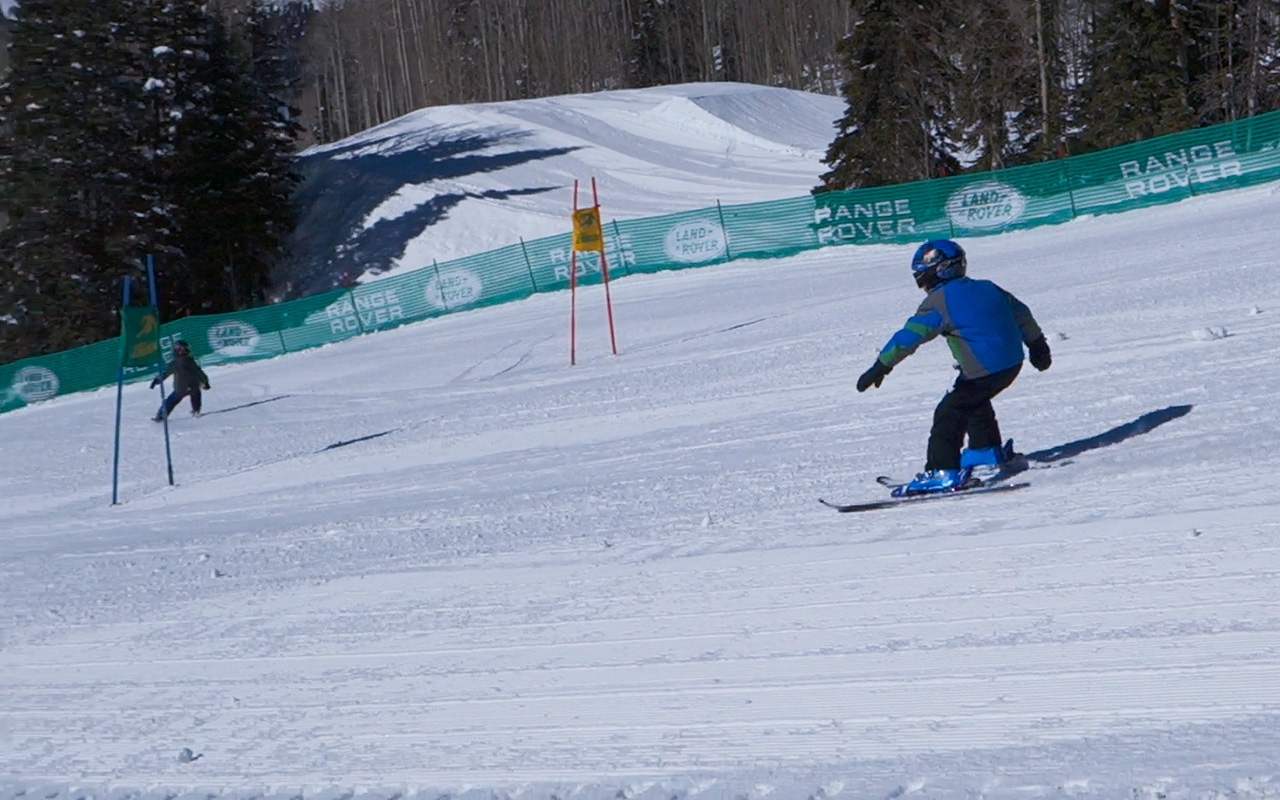 I think my son was four when we first skied with his cousins. At that time, he was very cautious on snow, preferring to follow me at all times rather than lead the way. He kept his speed slow—very slow, slow enough that he often stopped on flat sections, meaning I'd have to backtrack up the hill to get him moving again (which soon taught me to always stay close to him).

I tried a variety of strategies to get him to speed up a little, especially whenever we approached another dreaded flat section, but to no avail. My son skied at his own pace, and that was that. And then came that first ski date with the cousins. We were on a chairlift, trying to find them, when my son spotted them skiing the run beneath us.

At the unloading ramp, to my amazement, he hopped off the chair and took off, speeding straight down after them as fast as I'd ever seen him go. I've since learned that whenever I want to push my son to go a little faster or try something new, all I have to do is get him together with his cousins. Nothing else even comes close.

I have a theory as to why this peer effect is so powerful. You might think, given that my son and I are always skiing together, he would see what I'm doing and try to emulate it. And that's true, to a limited extent. But my theory is kids instinctively understand that just because an adult can do something, that doesn't mean they can do it, too.

They may want to do it, they may try to do it, but deep down inside, they don't automatically believe they can do it. From a kid's point of view, adults may as well be members of a different species. Whereas, when a child sees another child do something, it's like a giant light bulb goes off in their heads. They become determined to copy what they've just seen because they know it's possible.

Parents of siblings see this effect in all its glory. If you want to witness the outer boundaries of raw human determination, watch a young child trying to do what their older brother or sister can do.

I should be careful to note I'm not advocating creating an environment of hyper-competitiveness, and I'm certainly not advising you to flirt with sibling rivalry. Rather, just look to create opportunities for your kids to ski with other kids. They'll progress faster, they'll make friends, and they'll have more fun (and you will, too). It's that simple.

The progress is so worth the patience it costs. My son and I hit a 12" mornining (10 deg) at Vail. Believe the run is called jade's glade (back bowls) where I saw my 15 year boy look like Schmidt on a steep little section. Hands forward, balanced, quick left-right-left, all the things we talked about.. He hit the run out, whooped and fist pumped-he finally knew why I ski. Hit one groomer on the way to the bus, the rest of the day was a pow fest. Remember it like it was yesterday. Like you said, you can lead but you can't push, now he obsessively watches the weather like I do. Enjoy the guys while they are little, soon enough they'll kick your but like my boy does to me, here in lies true pride.