What’s Going On Out There? 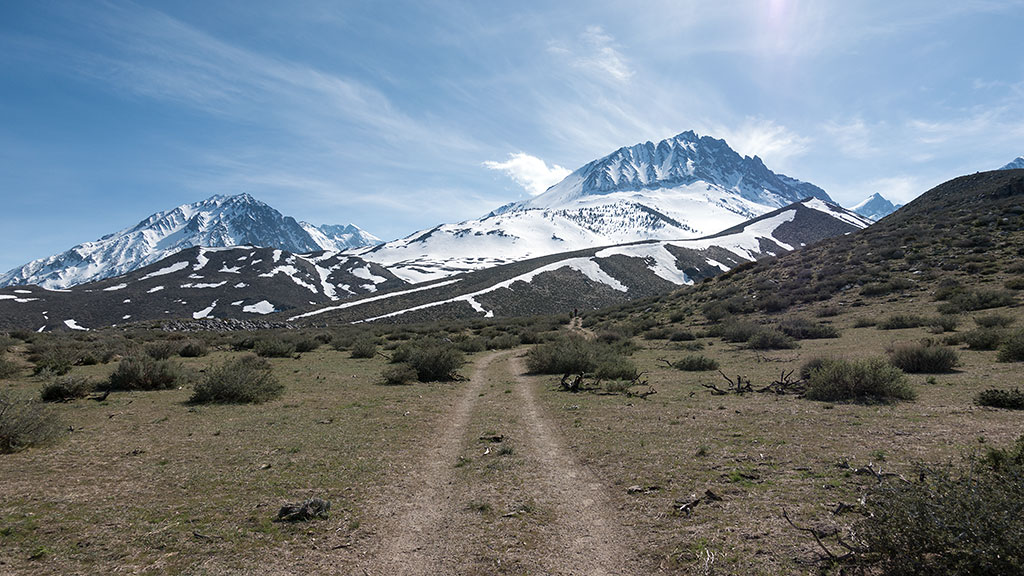 Yesterday I and two partners climbed and skied The Thumb from the Birch Creek trailhead, marking my first 7000-vertical-foot Eastern Sierra day since 2011—and my first Sierra outing of any size since Esha Peak in 2013.

While the Thumb itself might be considered a minor summit, virtually all the guidebooks speak of it glowingly—and for good reason. This is Palisades country. The views, terrain, and surrounding peaks are all spectacular (The Thumb, seen above, is the distant triangular peak just right of Birch Mountain; in between Birch and Tinemaha is the north face of Split Mountain).

As you might expect, this was a tough one.

The winds were savage, howling a solid 30-40mph or more in our faces virtually the whole way up, until we got atop The Thumb's southeast summit snowfield, where crest winds were ripping well above 60mph, making it difficult to even stand upright.

We fought our way to within probably 80 vertical feet of the summit, but then hid in a tiny nook overlooking Middle Palisade, too shell-shocked to try to make it any higher (it would not have been safe). When we snapped into skis, the snow quality quickly revealed itself as abominable.

Given the snow, and the wind (which blasted us all the way back down, too, if anything growing even stronger), I initially called this day the worst skiing I've ever had in the Sierra, but today I've remembered this trip up Birch Mountain, which may technically qualify as worse. Maybe.

Where is our Sierra corn cycle?

Snow above 10K or so is wintery in the Birch Creek drainage; warm enough to qualify as manky, but still cold enough to ski like breakable crust. In vain I shifted between north, east, and south aspects, trying to find something that didn't mandate survival skiing (UPDATE: snow was apparently much better yesterday on nearby Independence Peak).

Oddly enough, and just like my 2008 Birch trip, we finished off on a snow finger that extended all the way down to 7000', and here the skiing was good! So we did in fact end on a high note.

Despite how horrible the wind was and how terrible the snow was, I must still qualify this as easily one of the best awful days I've ever had. We had a great time. This was a classic Eastside beatdown, in the most spectacular country imaginable. And best of all, SierraDescents is once again Sierra descents.