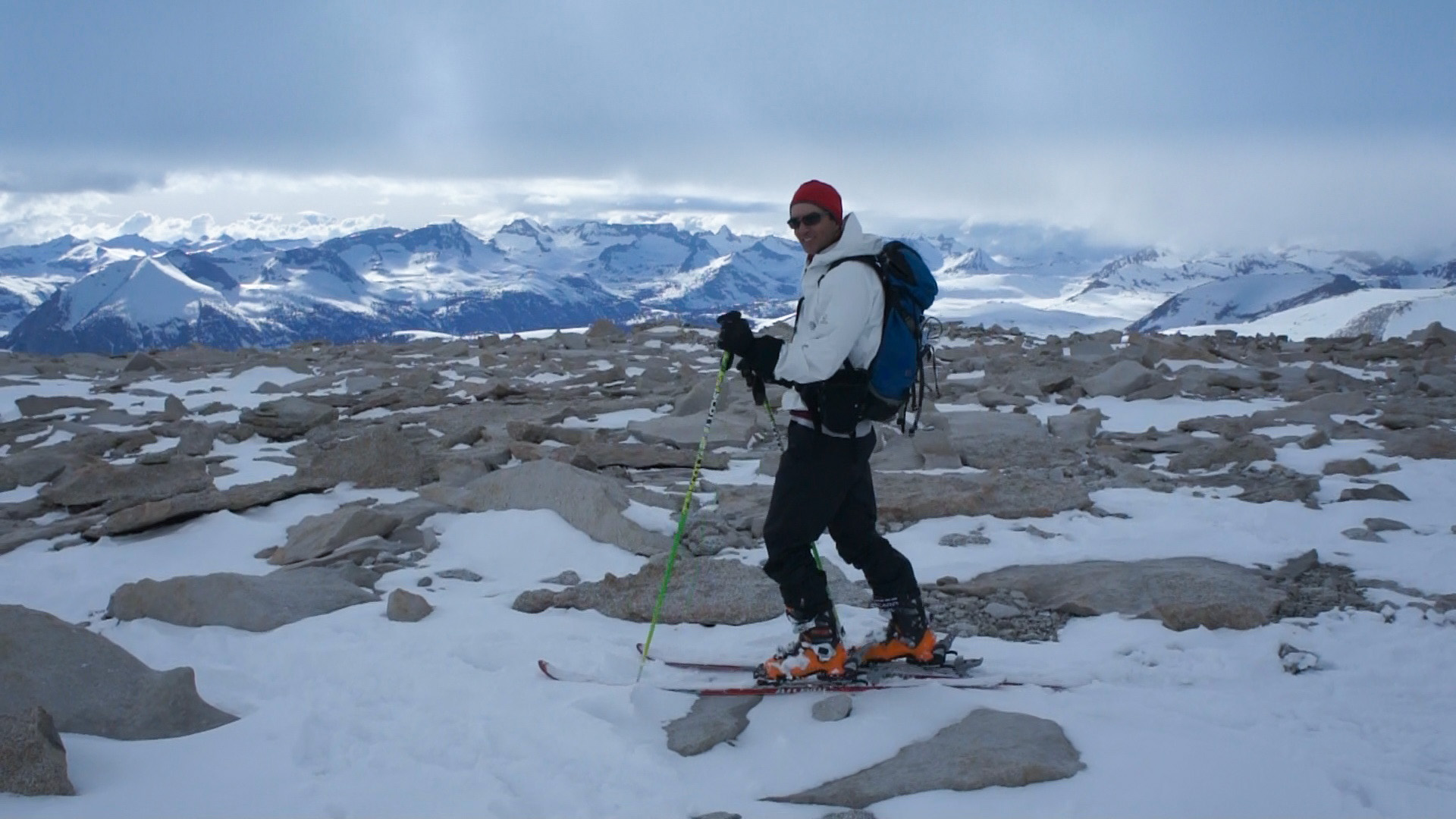 Californians overwhelmingly live at sea level, placing us at a distinct disadvantage when it comes to climbing mountains. The best and safest and most obvious way to acclimatize for high-altitude adventures—for example, climbing mount whitney—is to gradually adjust by spending several weeks living and training at progressively higher elevations.

If you can do that, great! Most people who live at sea level, however, will find it impractical to move to Mammoth, or Flagstaff, or Boulder. If you fall into that unfortunate group, take heart: there are strategies you can employ to improve your chances of success at altitude (or at least your comfort level), and there are certainly pitfalls you can and should avoid.

It may not be feasible to permanently move to a mountain town, but you may have the flexibility to schedule trips such that they coincide with planned climbs. For example, I routinely spend a week or two every summer in Flagstaff, at 7000 feet. That's enough to confer a lot of acclimatization benefit, and over the years I've learned to immediately follow those Arizona trips with a Sierra climb back home.

Note that when you do return to sea level, accumulated acclimatization benefits degrade very rapidly. Sad but true: once you're back at home, within one to two weeks much if not most of the benefits you've earned will be gone. So time your trips as close together as possible to get the maximum benefit from this strategy.

What if you can't spend even a week at higher elevation? There is some evidence that suggests spending as little as one day a month at altitude confers some benefit. So, for example, if you can put together one or two Mammoth trips per month over the winter, you may well be positioning yourself for spring mountaineering success.

I believe you ideally want to sleep in the sweet spot of 7000-8000 feet in elevation one or more nights per month to really get the best out of this approach. Note that sleeping higher is probably dangerous (for reasons we'll get to in just a moment). If you can't sleep high even one night per month, try to climb high once a month instead, for example doing Mount Baldy (10,000') via the ski hut trail.

Infrequent day trips like climbing Baldy may or may not provide a physiological acclimatization benefit, but they are profitable regardless, as they will add considerable conditioning benefit, plus they will force you to develop other altitude coping behaviors which will directly translate on future, higher-level objectives. I therefore consider such hikes mandatory preparation.

Sleeping high is probably the single best acclimatization strategy of them all, but there's a catch: you must only do it when you are training! Sleep high on your actual climb, and you are setting yourself up for disaster. People repeatedly (and understandably) get this wrong, reasoning that if sleeping high confers benefits, they should do so whenever possible.

Would do you a set of squats right before a track event? Obviously not, and so too it is with sleeping high. When you spend a night at elevation, you are stressing your body. Spend a few days relaxing and recovering in your Mammoth condo, and you're soon good to go. Spend a night at Iceberg Lake, elevation 12,700', and then push for Whitney the following day, and you're daring AMS to crush you.

Is there some sort of Max-Min problem to be solved here? Yes, but it probably varies from person to person, and may even be inconsistent for the individual. Outside the context of training, I consider sleeping high universally dangerous for the non-acclimatized hiker or climber. If not acclimatized, I would rather sleep in Lone Pine than Whitney Portal the day before a hike.

There is disagreement on this subject in the wider climbing community. Some argue you can get net benefit rather than deficit by choosing just-the-right elevation to sleep at prior to your climb. But what's the magic number—and does it always hold true? The safe bet, it seems to me, is to avoid risking getting the formula wrong. Stay low except when training!

You may be interested to know that there are technological solutions available for altitude acclimatization. These include low-oxygen tents and oxygen-depriving breathers, which simulate but do not replicate the effects of high altitude on the body. The devices do seem to work, though long-term safety is unknown. I do not use them myself.

The opportunity has abruptly popped up and you want to give it a go. Is there anything you can do, with no acclimatization whatsoever, to cope with high-altitude climbing? Yes: technique. This would include overbreathing, pressure-breathing, and timing your breaths to your steps. The theory here is, for short periods of time, so long as you maintain your O2 saturation levels, you should be able to keep moving.

There are any number of ways this can all go horribly wrong, and I hesitate to detail these methods, much less endorse them. Worst case, you use such techniques to climb higher than you otherwise could, at which point you break down and your system goes into failure. While these techniques are wonderful supplements to a complete acclimatization strategy, they are a very poor substitute.

If you do choose to employ technique exclusively, be aware that you will be operating with very tight time constraints and very narrow safety margins. Even on hikes where your total time spent at altitude is mere hours, it is possible to get very sick very quickly, and we have new reason to believe permanent brain damage can occur at elevations that were previously considered safe.

Given the inherent conflict between my zip code and my love of tall mountains, I've spent a lot of time developing ways to cope with less-than-perfect acclimatization. It's still something I struggle with. There have been ibuprofen-laden up-all-nights spent taking deep breaths and praying for morning and a quick retreat. And there have been spectacular sea-to-summit successes as well.

Philosophically, I tilt toward conditioning myself on the hill rather than in the gym, so I tend to hike a smaller peak as preparation for hiking a bigger peak, and so on, leapfrogging up through benchmarks until there's no difference between my training hikes and my dream hikes. In training, I try to spend as much time up high as possible. When I'm hiking "for real", ironically, the reverse is true.

I thought I sent a long reply via smart phone shortly after this post but I'm not seeing it here. Thanks for all the hard work on this. What really hit me was the concept that sleeping is training. My "plan" for the our Langley expedition was to spend an extra night sleeping at 10k (Horseshoe Meadows camp) as prep, wrong. We ended up driving up and hiking to 11.5k (Cottonwood lake #3)the same day, another fine AMS formula. Tragically you have sentenced me to additional high altitude adventure so that I might be physically able to do more high altitude adventure, oh the horror! Thanks, Coach. Any thoughts on low altitude training?

Brad probably anything you can do that raises your hematocrit level (red blood cell count) is going to be beneficial. Some kinds of aerobic training strategies, some drugs, the aforementioned deliberate hypoxia devices, and even drinking (more) beer fall into that category.

I still say, if you can, pick a short hike to a relatively high elevation (Baldy via Ski Hut is perfect) and do it as regularly as you can. Good luck!

Thanks, makes sense, probably have to skip the beer part or get permission from my sponsor. I think I can fit in some Big Bear weekend trips for a couple of the preceding weeks. From there I could do laps on Sugar Loaf Mountain (http://www.summitpost.org/sugarloaf-mountain/271010) but still have family time. At 9952, only 100' lower than Baldy, the elevation gain there would be quick and significant like Baldy, though less rugged. Add a Baldy trip or 2 like you said then take a week off to go the Eastern Sierra might be the way to go. Our hike to Cottonwood Lake #3 took less than 4 hours with full packs, so I felt our conditioning was good (that Lady Face Mountain I referred you to attracts a number of location quasi-mountaineers that I see on my weekly laps). It got weird the last 1/2 mile when I became somewhat ataxic (balance from cerebral edema I fear) and lethargic. We were well hydrated but no salts. I knew about the over breathing and breath/step sequence but stopped all of that nonsense the last mile once the trail leveled out near Lake #1 and I had dominated the trail (hah). I was still moderately alert and made good decisions, ate well, but was lethargic and everything seemed sooo hard. Your famous headache and loooonnnnngggg night phenomena hit around 1 am. Barely slept despite being fairly warm. My son crashed the next morning despite being a college athlete and much younger (than both of us). Add freezing temps and 30-40 mph winds and our decision was made for us, abandon trip (ship?, grant a little poetic license please??). BTW there's is some pretty good north facing lines on Sugarloaf in the winter, though being farther east there tends to be a little less precipitation. Thanks again coach, I learned a lot. Any further thoughts on why Olancha was so hard, seemed it was in your wheel house after the San Gorgonio trek?

My climbing buddy and I are in our early 50's, and in decent but not superlative shape, and based in coastal San Diego. We head to Jacinto or Gorgonio ever few weeks, but take a bigger trip each fall, typically spending a night in a local motel. Two nights later, we're camping above 10k, hiking and climbing whatever we have in mind. Neither one of us have ever had any signs of altitude sickness. We sleep like babies, take IB for our creaky joints, and then leave after a few nights in our high camp. We did Shepherd's Pass to the Williamson basin last year, and Shasta the year before, basically just driving up hitting the trail. Now, I read this, and I wonder what's up. We know all about the symptoms and causes of AS, and so we're watching for it, but it just hasn't been an issue, so far. Are we stupidly lucky? Physically blessed? (We don't look it). You're saying this is 'probably dangerous'. Since we're headed out to do the Clark Range loop in Mid-November (we like snow), I'd be interested in your thoughts -- how prevalent is this really?

Mark, as I said there is some evidence that as little as one day spent at altitude per month can confer benefits. From the sound of it, you're active enough in the mountains to maintain a higher than baseline level of acclimatization.

That said...the evidence for brain damage at modest elevations is alarming. That's a developing story I'll keep tracking. For now, for the non-acclimatized, my conservative recommendation is spend as much time training around 8K as possible; spend as little time climbing and esp. sleeping above let's say 12K as possible.

I'm 62 and in good shape but did not hit the high country at all for 6 months and that was only 8k. 6 years ago I did SJ starring on the Idyllwild side in a day (marion mountain campground, 4.4k gain, 13 mile) without incident though I lived in the area at the time (4.6k). This last trip was under full pack to 11.5k with effects hitting mostly after we stopped for the night. The more I read the more I think Andy's got this right. Though ironically senior should have less cerebral issues to due reduced brain size, read more more cranial void to fill-substantial I fear in my case. My guess is you immunized your self with frequent high country forays and are sandbagging with regard to your fitness levels