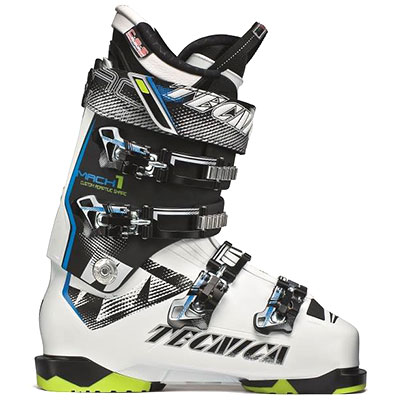 New for the upcoming 2014-2015 season is Tecnica's Mach1, which employs what Tecnica calls a paradigm shift in ski boot construction: designing "from the inside out." By this, Tecnica means they've built the liner to fit the foot, and then built the shell to fit the liner, instead of the reverse. Don't other boot makers already do this? Yes, to some extent—obviously they're not oblivious to the shape of the human foot. However, I will categorically say I've never before seen a shell that has been shaped with this much attention to anatomically-correct