Some of you may recall this was supposed to be an El Nino Winter, with above-average precipitation for the western United States. What happened? This winter can be charitably described as a cruel hoax: currently, Los Angeles is (arguably) experiencing its driest winter on record. To the north, even Mt. Shasta (!) is experiencing a END_OF_DOCUMENT_TOKEN_TO_BE_REPLACED ... 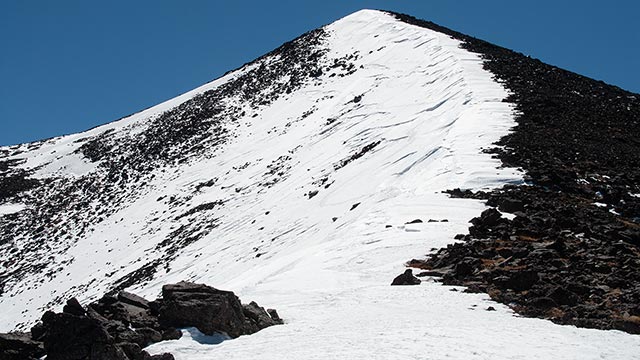 We’re in Northern Arizona right now, seeking snow and surgery. With regard to the surgery, we got great news. As for the snow… I decided I was going to hike up the San Francisco Peaks and ski whatever snow I could find—link patch to patch, if I had to. Abineau Canyon, on the northeast side END_OF_DOCUMENT_TOKEN_TO_BE_REPLACED ...

I’ve been suspecting (or maybe hoping is the better word) there’s more snow in the local mountains than reported. The only way to get good intel, I know, is to put boots on the ground, so I drove up to Mount Baldy to hit the ski area and scout out the backcountry possibilities. Ouch! God END_OF_DOCUMENT_TOKEN_TO_BE_REPLACED ...