Yep, that’s right, I’m calling it quits. Maybe I’ll take up fly fishing…picture me with the sun way down low on the horizon, light all golden and sparkly, wading out in my waders in some remote mountain stream and casting in that poetic way they did in A River Runs Through It. Sad movie, that, END_OF_DOCUMENT_TOKEN_TO_BE_REPLACED ... 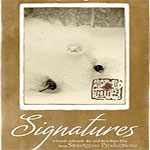 I knew next to nothing about ‘Signatures’ when I popped it into my dvd player. I’ve kind of burned out on ski flicks, so when Sweetgrass Productions sent me an email mentioning their film and tour, I told them to send me a copy figuring I’d never hear from them again. Surprisingly enough, they did END_OF_DOCUMENT_TOKEN_TO_BE_REPLACED ...

Santa Monica Pier celebrates its 100th anniversary tomorrow, September 9, 2009. The day will be packed with events, climaxing in a grand finale fireworks show at 8:50 p.m. There haven’t been fireworks at Santa Monica Pier in nearly twenty years, so this is a special treat indeed. Be aware that the whole day is likely END_OF_DOCUMENT_TOKEN_TO_BE_REPLACED ...