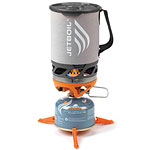 Ever since I got my Jetboil PCS stove, I haven’t used another backpacking stove in the backcountry—that’s how much I like it, despite the extra weight. But there’s a new sheriff in town, and its name is the Jetboil Sol Ti, offering improved cold-weather performance at very nearly half the weight of the venerable PCS. END_OF_DOCUMENT_TOKEN_TO_BE_REPLACED ... 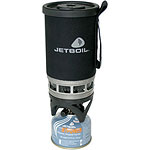 Rarely does gear prove to be such a complete home run as Jetboil’s Personal Cooking System (PCS) canister stove. The only conceivable knock on the Jetboil is its potentially-alarming 15-ounce weight. That may sound a bit startling if you’re used to the 2.5 ounce posted weights of stoves like Snow Peak’s GigaPower or my Coleman END_OF_DOCUMENT_TOKEN_TO_BE_REPLACED ...