Lange has been making the RS-130 for so long and for so well it seems almost presumptuous to review it. This is the boot for citizen racing and elite frontside performance. Still, there’s an update for the 2014-2015 season, and while modest, it is consequential. First, the skier: you’re a racer. Lange makes a number END_OF_DOCUMENT_TOKEN_TO_BE_REPLACED ... 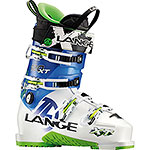 Lange’s XT 120 is a slightly-softer version of the XT 130. Both boots feature a walk mode switch which allows you to release the cuff for enhanced walking mobility. Like the 130, the XT 120 is best thought of as an Alpine boot with a walk mode, rather than a true Alpine Touring model, though END_OF_DOCUMENT_TOKEN_TO_BE_REPLACED ... 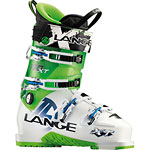 Lange officially enters the Alpine Touring market with the XT 130, a Freeride ski boot offering excellent downhill performance plus a first-ever Lange walk mode. Admittedly the XT 130 lies at the severe edge of the Touring category—it weights over nine pounds per pair, and its walk mode is limited—but there is still quite a END_OF_DOCUMENT_TOKEN_TO_BE_REPLACED ...