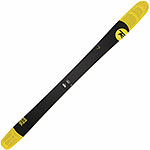 Think of the Soul 7 as the sum of everything Rossignol has learned about making All Mountain/Powder skis over the last five years—and that turns out to be a lot. The Soul 7 borrows bits and pieces from Rossingol and Dynastar skis past and present, combining and updating the best elements while also giving us END_OF_DOCUMENT_TOKEN_TO_BE_REPLACED ... 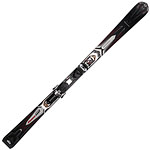 Rossignol’s new Pursuit HP replaces the popular Avenger Ti, taking over the maker’s high-end frontside carver niche—non-race edition. Think of the wood/titanium-core Pursuit not so much as a race-stock relative but rather as a pedal-to-the-metal crowd-pleaser. The ski showcases Rossignol’s mastery of next-generation Frontside design, with an 81mm waist and a very slightly rockered tip END_OF_DOCUMENT_TOKEN_TO_BE_REPLACED ... 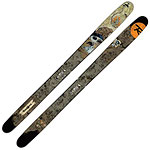 Effortless powder skiing is the goal of Rossignol’s unusually-shaped S7 Freeride, a ski that departs radically from traditional design standards, camber and sidecut included. We’ve entered, in a way, a golden era of ski design. Technological and manufacturing advances are allowing makers to imagine and deliver skis that previously would never have been possible (more…) END_OF_DOCUMENT_TOKEN_TO_BE_REPLACED ...