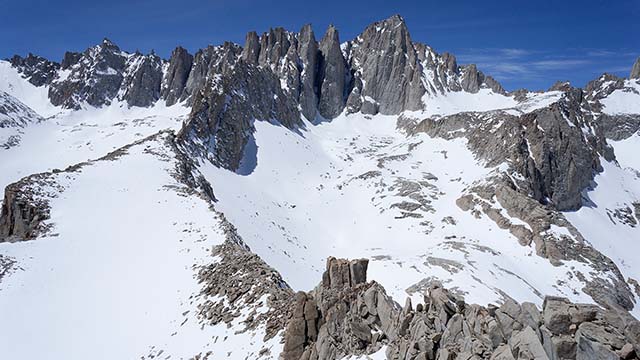 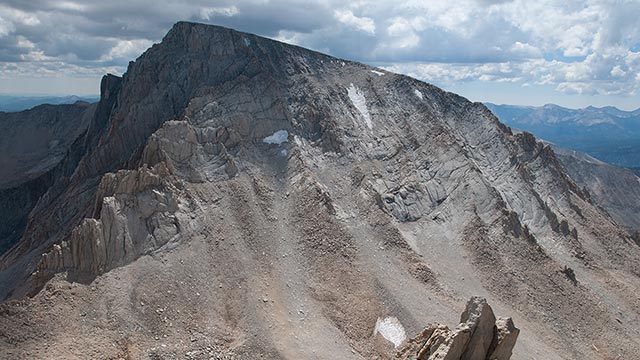 For the best view of Mount Whitney's north face, try climbing Whitney's next door neighbor, fellow fourteener Mount Russell. From the summit of Russell you can clearly see how (more) 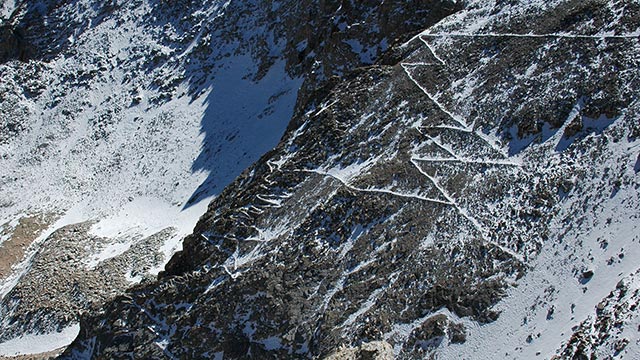 How many switchbacks are there between Trail Camp and Trail Crest on The Mount Whitney Trail? A lot. The exact number may never be known, but 101 seems to be the most popular (more) 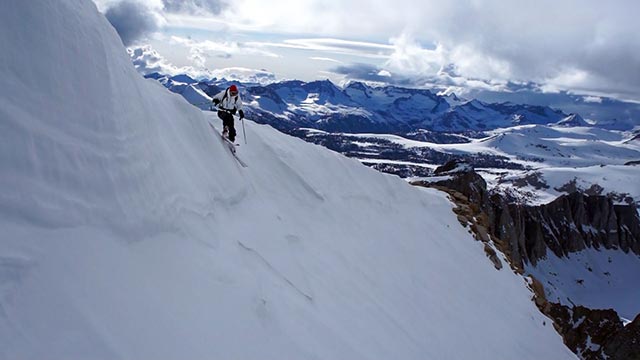 Whitney has eluded me. When I first tried to ski this mountain the defeat was so humbling and so absolute it was years before I dared return to the Sierra backcountry. But, every (more)

I'm so excited—Whitney has eluded me since 2006, when I passed on skiing the Mountaineer's Route, figuring I'd get to it next season. Every year since then, I've waited for (more) 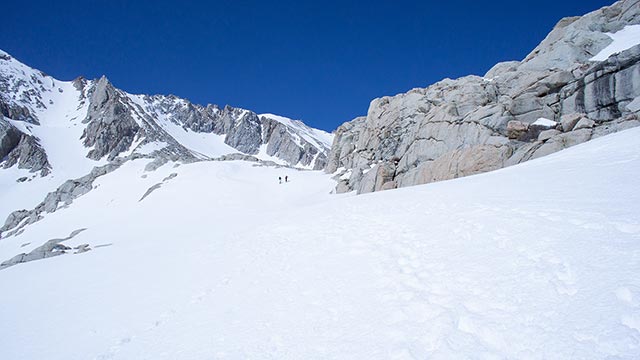 Despite the ease of access, the Whitney Portal region has a less than glowing reputation when it comes to backcountry skiing. Perhaps it's not so much that there's something (more) 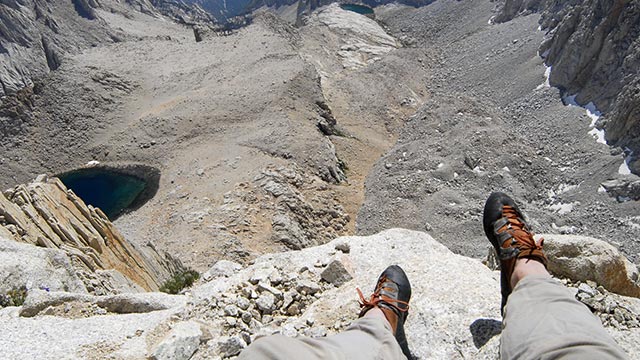 When I close my eyes I see granite. Gray-white blocks angle sharply beneath my feet, plunging downward past my rubber-tipped toes. I press my back against a wall of rock as if I (more) 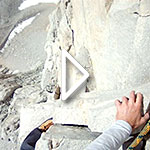 Mount Whitney's East Face is perhaps the classic Alpine climbing route in the Sierra, featuring an otherworldly mix of moderate climbing and breathtaking exposure. I had wanted (more) 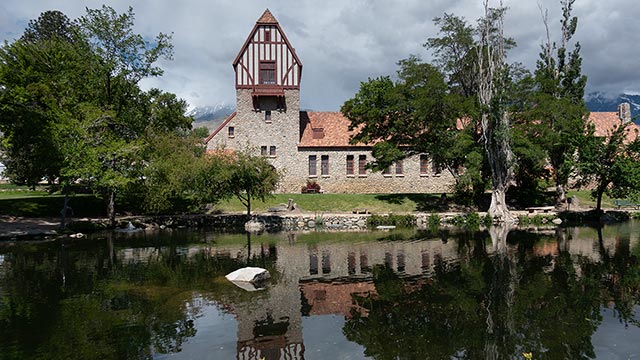 Sounds like it was a wild weekend in the Whitney Portal region, with heavy storms closing the portal road (due to mudslides) and even Highway 395 (which remains closed at (more) 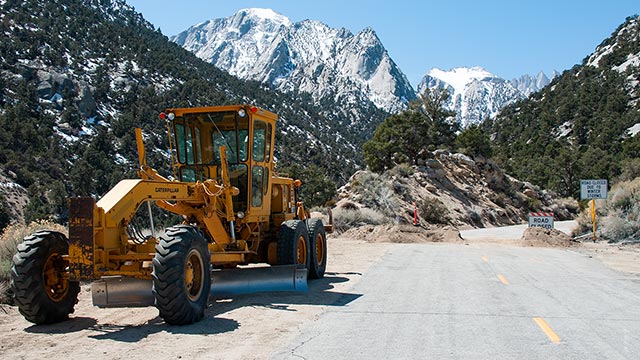 Well, I drove up to Lone Pine yesterday with big plans for some climbing and skiing in the Whitney Portal region, only to discover the road, which is normally "closed" for winter (more)